On the eve of President Obama’s meeting with American Jewish leaders last week, a prominent Jewish journalist urged the White House to take the unusual step of providing a transcript of the conversation.

“Transparency – this administration came into office pledging plenty of it.… Now’s a good time to put those ideals into action,” wrote Jewish Telegraphic Agency editor in chief Ami Eden in his daily blog.

“The question is whether the Obama administration wants to force millions of American Jews to be dependent on the leaks, spin and judgment of a select few, or empower them to make up their own minds.”

If such transparency had been practiced during the Holocaust years, history might have turned out differently. American Jewry’s untarnished image of President Franklin Roosevelt remained intact only because Jewish leaders never revealed what FDR was saying to them in private.

On December 8, 1942, Rabbi Stephen Wise, longtime leader of the American Jewish Congress and the American Zionist movement, headed a delegation of five Jewish leaders to the White House. Afterward, Wise said that the president was “profoundly shocked” by the Nazis’ mass murder of European Jewry; that Roosevelt said “the American people will hold the perpetrators of these crimes to strict accountability”; and that FDR promised the Allies “are prepared to take every possible step” to “save those who may still be saved.”

It must have been very reassuring to American Jews to hear that the president was so concerned and doing whatever he could to save Jews from Hitler.

But an account by another participant, Jewish Labor Committee president Adolph Held, told a different story. Held privately told his colleagues that FDR began the meeting by joking about his choice of Governor Herbert Lehman, a Jew, to head the postwar administration in Germany.

Rabbi Wise then spoke briefly about the Nazi atrocities. Roosevelt replied that he was “very well acquainted” with the massacres but it would be “very difficult” to stop them since Hitler was “an insane man.” FDR asked the Jewish representatives for their suggestions. Four of them spoke, but “the entire conversation on the part of the delegation lasted only a minute or two,” Held wrote. “The President then plunged into a discussion of other matters.”

Of the 29 minutes the delegation spent with the President, “he addressed the delegation for 23 minutes.” As soon as FDR finished speaking, he “pushed some secret button, and his adjutant appeared in the room” to usher the Jewish leaders out.

What would the American Jewish public have thought if it was known that Roosevelt spent 23 of the 29 minutes telling jokes and commenting on subjects other than Europe’s Jews?

Fifteen months later, Wise covered up for FDR again. On March 9, 1944, Wise and fellow Zionist leader Rabbi Abba Hillel Silver met with Roosevelt. The British White Paper of 1939, which had almost completely shut the doors of Palestine to Jewish refugees, would expire shortly and Wise and Silver hoped the president would oppose its renewal.

Wise and Silver told the press afterward that Roosevelt said the U.S. “has never given its approval to the White Paper,” and had the “deepest sympathy” for the goal of a Jewish National Home. Once again, American Jewry could feel confident it had a stalwart friend in the Oval Office.

But private accounts of the next day’s cabinet meeting, by Vice President Henry Wallace and Treasury Secretary Henry Morgenthau, Jr., filled in some crucial blanks. FDR boasted to the cabinet that he told Wise and Silver “where to get off.”

He berated the Jewish leaders, “Do you want to start a Holy Jihad?…. If you people continue pushing this recommendation [for a Jewish national home in Palestine] on the Hill, you are going to be responsible for the killing of a hundred thousand people” (meaning that “enraged Arabs” would attack Americans in the Mideast as revenge for U.S. support of Zionism).

It was only after this dressing-down, Wallace wrote in his diary, that Roosevelt proceeded “to cause Wise and Silver to believe that he was in complete accord with them and the only question was timing.… The President certainly is a waterman. He looks one direction and rows the other with the utmost skill.” 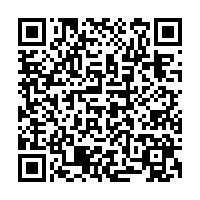