Several years ago, my father asked the following question to several Modern Orthodox couples. “If 100 terrorists were in a room and you could make them disappear legally, would you?” Over half said they wouldn’t.

When asked if they would shoot the terrorists if they took out guns and were going to kill their children, 25 percent said they were uncomfortable with killing someone because it went against their nature and two wrongs don’t make a right.


I thought their replies were insane.

This week, I spoke to a liberal friend of mine and reminded myself to avoid politics. When he said Trump was the single worst president for Israel and Jews, I had to bite my tongue a little harder than usual. But when I mentioned that I hated Alexandria Ocasio-Cortez along with her fellow anti-Semites in government today, his response was even more frustrating: “Oh, we don’t use that word.” Huh?

I asked him, “You mean, you don’t hate open anti-Semites like Louis Farrakhan who hate you and support terror against you?” His answer? “I don’t focus or pay any attention to these people. Of course they are bad people, but I don’t even know them. How can I hate them?”

I agree – hating people you don’t know is wrong… unless they hate you first and want you dead. And boy do they ever. Perhaps my liberal friend doesn’t know who they are, but they definitely know who he is. Minister Khalid Abdul Muhammad of the Nation of Islam said of the Jews, “You see everybody talk about Hitler exterminating six million Jews. But don’t nobody ask what did they do to Hitler.”

Perhaps my friend missed the dozens of heart-warming statements made by the “honorable” Louis Farrakhan (yimach shemo), such as: “The powerful Jews are my enemy. The Jews were responsible for all of this filth and degenerate behavior that Hollywood is putting out. Jews control Hollywood, the media and the banking industry. In Washington, right next to the Holocaust Museum is the Federal Reserve where they print the money. Is that an accident?”

Given these disturbing statements, what could possibly prevent my liberal friend from hating those seeking his destruction? Perhaps he missed what the Torah and Chazal have to say about hatred. The Torah clearly tells us, “You shall blot out the memory of Amalek from under the heaven. Do not forget!” Regarding a wicked man, the Talmud clearly states: “mitzvah lisnoso – one is obligated to hate him.”

Rabbi Norman Lamm, z”l, in his book Megillah, Majesty and Mystery, writes, “Anti-Semites who wish to destroy all the Jewish people…such people remain deserving, on purely moral grounds, of actual contempt and hatred.”

We also read in the Kabbalat Shabbat service, psalm 97, “Those who love God must hate evil.” Additionally, the prophet Amos (5:15) also tells us, “Hate evil and love good,” while Proverbs (8:13) teaches, “Awe of G-d is hating evil.”

When it comes to evil, there can be no subjectivity or discussion. One plus one always equals two, and good and evil are equally absolute. One is right, the other is wrong. And allowing evil to fester is in itself evil.

Extending love to those who are inherently evil is dangerous because it blurs the moral lines. And it this blurring of the lines that allows comedians like Chelsea Handler to post Farrakhan’s hate speeches on her Instagram page and Seth Rogen to denigrate Israel and Judaism in an interview.

The Torah says, “Blot out evil from your midst. Don’t forget it.” Hashem repeats this commandment several times. In fact, even women and children are required to go to shul to hear this very sentence once a year. The Jewish people were almost destroyed at the hands of Haman because Saul spared Agag due to a moment of misplaced mercy.

So let us be clear on who the enemy is, and never shy away from our responsibility to hate those who hate us – even when it’s uncomfortable. 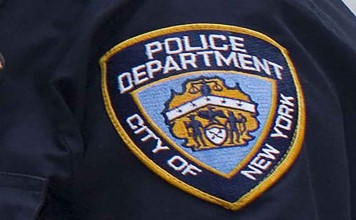 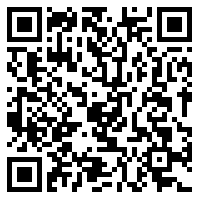