Nearly thirty years ago, this country underwent a paradigm shift when Ronald Reagan swept into the presidency, defeating Jimmy Carter after a single term. Along with Carter, Reagan displaced an entire way of thinking that had informed our politics since the Great Depression of the 1930s. Reagan was a transformative president.

An old line liberal Democrat, Reagan refashioned himself as a conservative Republican in the 1950s as his film career wound down and he transitioned from president of the Screen Actors Guild to TV pitchman for on the old Western TV show “Death Valley Days.” By the 1964 presidential race, he was supporting Senator Barry Goldwater, the principled libertarian-conservative Senator from Arizona who held the seat John McCain holds today.


Reagan wasn’t highly thought of by the elites and intelligentsia of his day, most of whom favored liberal politics and the Democratic Party which had attained majority status during FDR’s presidency. Nor was Reagan a compelling speaker in the manner of history’s great orators, but because he had an amiable and easygoing style and could make people feel at ease, he earned the reputation of being a Great Communicator.

Surprising many of his detractors, Reagan won two terms as governor of California and in 1980 claimed the Republican presidential nomination and then the White House.

As president, Reagan wrought a revolution of sorts in this country when he handled the Soviet Union effectively through a forceful foreign policy and an advocacy of democratic values even as he presided over a resurging American economy. Things had been bad throughout the 1970s, after the spending excesses of Lyndon Johnson’s Great Society, Richard Nixon’s neo-Keynesianism and Jimmy Carter’s gloom and doom malaise. Big government had begat big spending and, by the time of Carter’s presidency it had also begat stagflation, driving our economy into a deep and seemingly permanent recession.

To many of us in those years, it seemed America would never claw its way out again. But Reagan’s hopeful rhetoric gave us the ability to believe in America’s future and its capacities to recover. And he delivered policies that released the pent-up economic power still latent in the nation.

His policies of deregulation and lower taxes provided incentives for millions to invest, work and earn again. The dissolution of the Cold War on Reagan’s watch helped, too, of course, as did the various moves for welfare reform which began in his presidency and kept growing right into the ‘90s and the administrations of his successors.

Many liberals never forgave him for those successes, but whether one liked him or not, his ideas formed the basis for how we came to think about economics and society. He revived our belief in individual responsibility, liberty and the importance of rewarding hard work. Without gutting what he called the “social safety net,” he fought to scale it back and to build into it obligations and limits for those who would use it.

Despite the naysayers, his policies worked – and for nearly thirty years thereafter America and its democratic, free market values became both beacon and benchmark to the wider world. But something went wrong with this model in 2007 and our financial institutions and markets began to spin out of control in 2008. In the first months of 2009 we find ourselves faced with what could be a downturn the likes of which we haven’t seen since the Great Depression.

The new Democratic administration that swept into office in the wake of the imploding economy seems committed to a different way of doing business. The previous Republican administration, more pragmatic than principled in the matter of economic management, had been too tolerant of spending excess while proving ineffective in dealing with entitlement reform or stopping Fannie Mae and Freddie Mac before they sinned again. Those two government-sponsored entities were in the vanguard of those that precipitated this mess.

It’s not that the Bush administration didn’t try to address the Fannie and Freddie excesses. It’s just that it got nowhere for want of focus, commitment and, perhaps most tellingly, a lack of political skill in an unusually harsh, partisan atmosphere.

Now President Obama has the helm and, with Democrats controlling both houses of Congress, what little spending restraint once existed seems to have flown entirely out the window. Obama is promising to address the exploding deficit in the out-years while adding fuel to the deficit fire in the near term. Perhaps it can’t be helped. In a crisis no administration can sit on its hands, as George W. Bush learned to his chagrin. The country wants movement, it wants to see its president, sleeves rolled up, doing something – and Obama is more than willing to oblige. 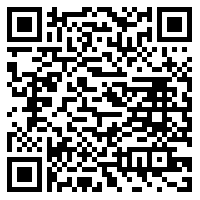