In an age plagued by narcissism, it is no wonder that “selfishness” has become a derogatory word. Too many leading figures have burned us with their greed and self-centeredness. The Bernie Madoffs of the world have compelled many of us to place more of a stress on altruism, philanthropy, and a rededication to the welfare of the world and its inhabitants.

But is selfishness a wholly negative trait? Should parents and educators strike it from their vocabulary and lesson plans? Or can selfishness ever be good and constructive?


“As a general rule, there are no attributes of the soul that are good or bad,” my dear teacher Rabbi Adin Steinsaltz once wrote. “There is no attribute that lacks its injurious aspect, its negation and failure, just as there is no attribute – even if connected with doubt and heresy – that has not, under some circumstances, its holy aspect.”

Since no attribute is essentially negative, none can justifiably be disqualified. Moreover, any attempt to do so would be a terrible injustice toward God, the very creator of those virtues and traits.

Further, the virtue of selflessness is profoundly connected with the virtue of selfishness. One can only give that which he has acquired, innately or extrinsically. For example, only the wise who selfishly acquire wisdom, and the talented who selfishly develop their talents, can contribute significantly to society. Thus the more selfish one is in building a good, solid self the more capable one will be in giving to his surroundings.

One of the leading rabbis of the nineteenth century, Rabbi Simcha Bunim of Pshischa, once addressed his disciples with a surprising yet important request: “Write two truths on two separate notes,” he told them. “Let one state the teaching of our Sages ‘For my sake the world was created [Babylonian Talmud, Sanhedrin 37b].’ The other should state the verse uttered by our forefather Abraham ‘I am dust and ashes [Genesis 13:27].’

“Now place these two notes in your pockets. When you are feeling useless, take out the note that states ‘the world was created for you.’ But if your achievements engender arrogance, take out the second note and remember that you are but ‘dust and ashes.’ ”

It is time for society to restore selfishness and channel it in the right direction. Unfortunately, because of the overemphasis placed on outward performance and achievement, we’ve often overlooked that which truly cries out for our selfish attention. Let us therefore effect a change of outlook and actions vis-à-vis two fundamental areas that necessitate selfishness more than ever: our marriages and our children.

Too often marriages end in divorce because the initial bond, the first encounter, is based on a misguiding and essentially unserious connection. We have forgotten that the success of marriage depends a great deal on the way it is formed. It is never enough to marry a person just because he is physically attractive, prosperous, or comes from a good family. And the information a person may obtain from prior conversations and excursions with a potential spouse, in private or public, is never enough to shed light on the totality of one’s being and personality.

The family unit is yet another area that must be addressed. The research here is astounding. Studies show that the less often a family eats together, the worse the experience is likely to be and the more meager the talk. They also show that children who eat most often with their parents are 40 percent more likely to get mainly A’s and B’s in school than are children who have two or fewer family dinners a week. 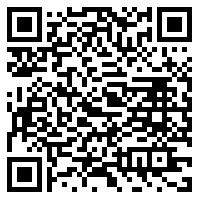