Are liberal American Jews ready to accept the truth about anti-Semitism in America?

Following the Dec. 10 massacre at the kosher supermarket in Jersey City, Chris Gadsen, a local high school principal, shared an op-ed on his Facebook page calling for dialogue between the city’s Jewish and black communities.

Joan Terrell-Paige, an elected member of the Jersey City school board, responded angrily. She began her response to Gadsen’s post by vilifying the city’s Jews as “brutes” who oppressed blacks by buying apartments from them.

Then she accused “6 rabbis” of “selling body parts.”

Then she accused Jews of planting “drugs and guns” in the black community.

In closing, Terrell-Paige paid homage to the shooters.

As the board dithered, Terrell-Paige began racking up support. On Dec. 18, the Hudson County Democratic Organization’s Black Caucus issued a statement saying, “While we do not agree with the delivery of the statement made by Ms. Terrell-Paige, we believe that her statement has heightened awareness around issues that must be addressed and that should be a topic of a larger conversation by two communities that have already and must always continue to coexist harmoniously.”

On Dec. 29, John Flora, a Democratic congressional primary candidate, said, “Rather than hastily demanding her resignation this was an ideal moment for our locally elected to sit down with Mrs. Terrell, clarify her statements, and be prepared to demonstrate empathy.”

Terrell-Paige’s supporters scheduled a public vigil on her behalf, to take place an hour before the Jan. 2 meeting.

There is a rolling pogrom going on in the New York metropolitan area against Orthodox Jews. It involves continuous harassment and attacks against Jews in the streets of New York, punctuated by deadly assaults. “Mr. Anderson and Ms. Graham” carried out the first lethal assault. Last Saturday night Grafton Thomas carried out another particularly violent attack with a machete at Rabbi Rottenburg’s home in Monsey.

There are three types of active anti-Semitism playing out today in America. The first is white nationalist anti-Semitism. It is practiced by white individuals and groups ideologically aligned with the Nazis. We saw its handiwork in the massacre at the Tree of Life synagogue in Pittsburgh and the deadly shooting at the Chabad house in Poway, California.

The second anti-Semitism is leftist anti-Semitism. Leftist anti-Semites get their ideological inspiration from the Soviet Union and the PLO/Hamas. Like the Soviets and Palestinian terrorists, they reject the existence of Jewish civilization. They deny the right of Jews to Jewish history, to the Jewish homeland, to Jewish nationalism and to Jewish peoplehood. They demonize and attack Jews who don’t won’t accept the status of second-class citizens denied the right to their own identity and heritage.

Over the past 15 years, black anti-Semitism began cohabiting with leftist anti-Semitism. The initiative to merge the two forms of Jew-hatred came from leftist anti-Semites. Under the banner of “intersectionality,” they linked “Nazi” Israel to African American allegations of police brutality and institutional racism. Black Lives Matter’s adoption of a leftist anti-Semitic platform that rejects Israel’s right to exist speaks to the success of the left’s campaign. Reports that Thomas searched for “Zionist temples” before he barged into Rabbi Rottenburg’s home show the lethal consequence of their merger.

According to the New York Police Department, by last September, anti-Semitic attacks in New York City had increased 63 percent from 2018. The final 2019 numbers will certainly be even worse. The attacks in Brooklyn have been carried out by non-whites.

To fight the onslaught of bigotry being unleashed against its members, America’s overwhelmingly Democratic and deeply liberal Jewish community needs to recognize two hard truths.

First, liberal American Jews need to realize their local and national leaders have been lying to them. For years American Jewish leaders at the national and local levels have been peddling the claim that the ideological and political right poses the greatest threat to the American Jewish community. Not only does the rolling pogrom in New York put paid this lie, but the raw data, collected since the start of the century, also shows this is incorrect.

Repeated surveys by the Anti-Defamation League show that African Americans are on average around twice as likely to be anti-Semitic as the general population.

Instead of accepting these facts, liberal Jews make excuses for leftist and black anti-Semites.

Almost every major American Jewish organization—from AIPAC to the Reform and Conservative movements—clings to the “two-state” paradigm as an article of faith. This despite the fact that like the Palestinians, anti-Israel activists and groups reject Israel’s right to exist.

Rather than demand an accounting of black politicians and communal leaders for black anti-Semitism, liberal Jewish leaders accuse the Jewish community of racism.

Last month, as Jewish blood was being spilled every day in Brooklyn, the Reform Movement held its annual convention in Chicago and voted to support reparations to African Americans for the crime of slavery.

One of the leaders of the Reform Movement, Rabbi Jonah Pesner, explained the decision in an op-ed in The Chicago Tribune. Pesner insisted that American Jews must take action “against the racism still lingering in our congregations and communities.”

Several liberal Jewish writers claimed the Jersey City Jewish community itself brought on the attack on the kosher supermarket. Chassidic Jews had no business buying homes in black neighborhoods, they wrote.

Contrast the stunning forbearance liberal Jews extend to leftist and black anti-Semites to their intolerance for white nationalism. Every liberal rabbi can give detailed sermons about the dangers of white nationalists and insist that U.S. President Donald Trump is the greatest threat to American Jews. They angrily dismiss as irrelevant all mention of Trump’s Jewish grandchildren, his record as the most pro-Israel president in history and the unprecedented measures he has implemented to fight anti-Semitism in American academia. He opposes open borders, so he hates Jews, they insist.

The second inconvenient truth the American Jewish community needs to get its head around is that the Democratic Party has become fully Corbynized. Like Jeremy Corbyn’s U.K. Labour Party, today’s Democratic Party abets anti-Semites and anti-Semitism in America.

In 2018, running unopposed, Arthur Jones won the Republican primary in Illinois’s 3rd congressional district. Jones was the sole candidate because the district is overwhelmingly Democrat. When it came out that Jones is a Nazi, not only did the Republican Party denounce him, the state party called on Republicans in the 3rd district to vote for the Democratic candidate.

The Republican House leadership censured Iowa Rep. Steven King and removed him from all committees after he spoke favorably about white nationalists in a newspaper interview.

Whereas the GOP denounces and works against its anti-Semitic members, the Democratic Party rewards and defends its anti-Semites. Terrell-Paige’s story is far from unique.

The Democratic House majority refused to censure Rep. Ilhan Omar (D-Minn.) after she made a series of anti-Semitic statements.

In August, the Democrats rallied against Israel in support of Omar and her fellow anti-Semite Rep. Rashida Tlaib (D-Mich.). The two intended to lead a tour in Israel that month. Once Israeli authorities realized the purpose of the trip was to delegitimize Israel’s right to exist, in accordance with its immigration law, Israel denied them entry visas.

Rather than condemn their colleagues for working towards the annihilation of the world’s largest Jewish community, Democratic leaders condemned Israel for standing up to them.

One of the most powerful caucuses in the House is the Congressional Black Caucus. Its leading members publicly support Farrakhan despite his role in propagating anti-Jewish bigotry in the black community.

In the 2008 presidential race, then-Senator Barack Obama was asked once to reject Farrakhan’s endorsement. He refused. Eighty-eight percent of American Jews voted for him, and declared him “the first Jewish president.”

As far as progressive Jewish activists are concerned, DeBlasio’s policies are anti-black. Last week they criticized DeBlasio’s announcement that he was augmenting police patrols in Jewish neighborhoods, claiming, “This is what dividing vulnerable communities looks like.”

This sort of crazy talk is not cost-free. It is dangerous. Inconvenient truths will not go away just because they are unpleasant.

It is a fact that leftist and black anti-Semites are just as great a threat, if not greater threats to the Jewish community than white nationalist anti-Semites.

So long as the liberal Jewish establishment and its members refuse to accept these facts, the attacks against America’s Jews can be expected to increase in frequency and violence. 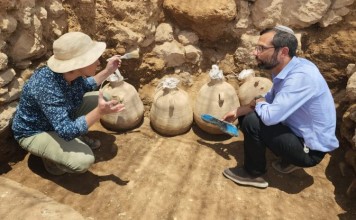 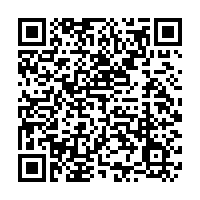