What the Israeli-Palestinian conflict needs most is an “honest broker.”

At least that what Federica Mogherini says. When Trump announced the US was going to recognize Jerusalem as the capital of Israel, she claimed that he had forfeited a degree of leadership in leading the negotiation of peace:


What’s so great about being an honest broker anyway?

The phrase “honest broker” goes back to the German Chancellor Otto von Bismarck, who applied the term to himself in 1878. At the time he was trying to mediate between Russia and Austria-Hungary.

Bismarck claimed he could be an honest broker, be impartial, because his main interest was not the dispute itself, but rather to see the two sides settle their dispute amicably. In addition, Germany was allied with both Russia and Austria and wanted to maintain the diplomatic relations with both countries.

Bismarck was neither indifferent nor disinterested — but he did claim he could be impartial.

Compare that with Trump and his recognition of Jerusalem as Israel’s capital — not exactly an impartial move on his part. For that matter, neither is his decision to move the embassy to Jerusalem (though it is the next logical step), cut back on the funds the US provides to UNRWA or the rumored possibility that Trump will refuse to recognize UNRWA’s extension of the definition of “Palestinian refugee” to future generations.

Trump is not acting as an honest broker, nor is his claiming to be. But that was not always the case.

During the presidential campaign, Trump made a point of claiming to be neutral and said that he would not take sides during any peace negotiations.

In response, Rubio claimed that being neutral made you anti-Israel:

“The position you’ve taken is an anti-Israel position,” Rubio said. “And here’s why. Because you cannot be an honest broker in a dispute between two sides in which one of the sides is constantly acting in bad faith.” Rubio said the Palestinian Authority has “walked away from multiple efforts to make peace” and cited Palestinian terrorist activity.

Once elected, Trump seemed to be taking a neutral approach. According to the Times of Israel, while visiting the Middle East last year in March, “Greenblatt worked exceedingly hard to be perceived by the players he met in Israel, the West Bank and Jordan as an honest broker.” [emphasis added]

While some may have questioned Trump’s ability to remain neutral, based on some of his associations – especially his Jewish son-in-law, Trump did not take any flagrant action that could be construed as favoring Israel. And then came the announcement.

But just as Rubio claimed that being neutral was the equivalent of being anti-Israel, it could be that being openly pro-Israel could be the only way to be that “honest broker” for peace. At least that was the stand Pence had taken back in 2014.

Herb Keinon quoted Pence in an article reacting to Trump’s recognition of Jerusalem:

Those who say that Trump’s decision removes the United States as an honest broker in the Middle East peace process and who see the removal of this “honest broker” tag from the Americans as something that is a negative, should consider what Pence said three years ago in Jerusalem.

At a town hall event put together by Republicans Abroad Israel, Pence – then the governor of Indiana and a possible 2016 presidential candidate – said that America should not aspire to be an “honest broker” in the Middle East, but rather communicate to the world that while it wants an honest and fair solution to the conflict, “we are on the side of Israel.”

Pence said the US can “deal honestly with people on all sides of the equation,” while making clear what “side of the table” it is on.

Being an honest broker may not be all it is cracked up to be.

Take the EU for example – they have not been neutral on the issue of Jerusalem at all.

For example, in 2016 the European Union described its East Jerusalem Programme:

If Trump was “discredited a bit” as an honest broker by his Jerusalem announcement, one can ask whether the European Union was ever an honest broker — a question all the more relevant with the EU claiming a right to be part of the search of a peaceful solution.

This goes hand in hand with the EU construction of illegal buildings, knowing that Israel would take structures down. As Elder of Ziyon notes, the illegality of the buildings is exceeded only by the propaganda value the EU is squeezing out the issue.

But creating negative PR against Israel appears to be a specialty of the EU, and they go out of their way to create it.

Last week, Algemeiner reported on a report that the EU deliberately leaked to The Guardian:

A European Union report leaked to The Guardian newspaper expressed ire over Israeli tourism in and around Jerusalem’s Old City, calling the ongoing development of Jewish infrastructure a form of “touristic settlement.”

The EU Heads of Mission in Jerusalem issued a report warning that the development of Jewish tourism in the ancient City of David, currently located within a heavily populated Palestinian neighborhood, and a planned cable car that would transport tourists from the Western sections of the city to the Western Wall plaza within the Old City, were “a political tool to modify the historical narrative and to support, legitimize, and expand settlements.” The report asserts that the projects promote the “historic continuity of the Jewish presence in the area at the expense of other religions and cultures.”

Making Jerusalem safe and open for Muslims and Christians as well as Jews is apparently not enough. Defending Jewish ties to Jerusalem, and the Old City, at a time when UNESCO is playing havoc with Jewish history, goes against EU principles.

Some principles. The EU regularly leaks these reports to the press each year. NGO Monitor reports these yearly leaks are in violation of internal EU processes and diplomatic norms:

As in the past, this EU report was leaked to the media where its conclusions were covered extensively in Israel and internationally. Yet, despite the leak, the report is still considered an internal document. Thus, the content of the report can affect policy makers and public opinion, but it remains shielded from public scrutiny and bypasses recognized diplomatic norms.

Clearly, EU is no honest broker — so what is it whining about?
Is EU jealous of Trump doing what they do?

Or is it because Trump appears to be in the process of dismantling, to some degree, the accepted framework for dealing with the issue of the Palestinian Arabs, and in the process reminding people of just how ineffective the status quo has been.

Trump has shed the role of being an honest broker, but at least he is clear about what he is doing and why, as opposed to the EU’s machinations. 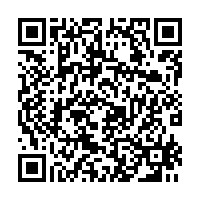