It’s good news that donations to the extremist non-profit organization The New Israel Fund (NIF) have dropped nearly 20% in the past year from $33,062,783 in 2015 to $27,064,945 in 2016 — the lowest amount of money the NIF has raised in the past six years.  This organization openly supports a boycott of Israel and while there is room for differences of opinion, endorsing a boycott of Israel is out of bounds.

When reviewing the leadership of this organization – their regional council and their International council, one notices that there are Reform and Conservative rabbis and communal leaders on the list. How can they still remain there?


The New Israel Fund gave $469,053 this year to Breaking The Silence, regarded across the Israeli political spectrum, left to right, as a dangerous, anti-Israel organization and which has been banned from Israel’s schools and from all IDF bases.  In a bill supported by the coalition and opposition parties, it was declared “Whoever goes around the world aiming to harm the IDF’s soldiers at the UN, in South Africa and in Europe, will not be able enter schools in Israel.” As opposition MK Yair Lapid said, “We cannot allow organizations that encourage draft-dodging and call the IDF officers and soldiers criminals inside the Israeli education system. Those kind of organizations harm soldiers, putting them in danger of facing a trial and slamming Israel among the international community by spreading blatant lies.”

I have many friends who are Reform Jews, who love Israel and attend Central Synagogue.  They don’t know that Rabbi Marion Lev-Cohen sits as a leader of this organization.  Lexington Avenue’s Central Synagogue, which the New York Post has  “dubbed New York’s “mega-shul”” boasts the longest-running Jewish congregation in the city and has members including Jonathan Tisch, Michael Bloomberg, Dr. Ruth Westheimer and others who surely stand with Israel.  They must demand that Rabbi Cohen stand with Israel, and not with The New Israel Fund which Israel’s culture minister says stands with Palestinian terrorists.

Rabbi Gordon Tucker of Temple Israel of White Plains – who has been profiled on these pages before – continues to sit as a leader of this organization.  Shame on the board members of this Temple – Marc Berman, Ken Kanfer, Audrey Samers, Wayne Aaron, Randi Kattan and Ellen Salant for permitting the Rabbi to lead their community while sitting as a leader of an organization which openly boycotts Israel, and has rightfully been shunned by Birthright Israel and the establishment  in the US and Israel.

Rabbi Aaron Panken, the largest Reform college in the United States sits on the International Advisory Council of NIF, as does Rabbi Jerome Davidson of Temple Beth-El of Great Neck and Rabbi Rolando Matalon of Manhattan’s B’nai Jeshurun.

Hamoked is funded by NIF  – and this organization regularly petitions the High Court of Justice and makes inaccurate and inflammatory allegations of Israeli “apartheid,” “deportations,” “torture,” and “forcible transfers.” They “submitted a written statement to the Goldstone Commission, together with other Israeli NGOs, that failed to address any war crimes perpetrated by Hamas, “but rather offers our own distinct perspective – human rights violations for which Israel must be held accountable.”

The New Israel Fund is simply an anti-Israel organization.  Shame on those who stand with NIF and a boycott of Israel.  It must end. 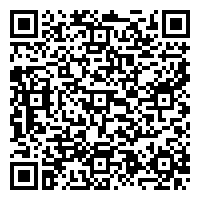