Last week, my friend’s daughter was invited to an engagement party. At 22, she was excited to reconnect with some old friends, some of whom she hadn’t seen in several years. Upon sitting down, she was immediately barraged by attacks ranging from, “Hey, remember when Sarah made fun of you in elementary school?” to “Do you remember when Avigayil said she never wanted to be friends with you?”

My daughter’s friend sat there incredulously, with only one thought on her mind: How could frum girls with skirts to their ankles behave in such an unsightly way – so much so that one of the girls called after the weekend to ask for forgiveness? How could frum girls miss the point of why they were wearing long skirts in the first place?


I recently published an article discussing the responsibility we have as kipah-wearing/sheitel-wearing Jews. I discussed the power we have to create a kiddush Hashem. But with that power comes great responsibility, as we run the danger of creating, God forbid, its opposite: a chillul Hashem.

If a kiddush Hashem is defined as a religious act that causes others to revere and come close to God, a chillul Hashem causes the opposite; it alienates and pushes people further away from God. And by that definition, if I were a fly on the wall and observed frum-looking girls embarrassing another repeatedly, well, I’d run for the hills and never look back.

Think about two images for a moment. One girl, dressed in shorts and a T-shirt who is kind, caring, sensitive and would never embarrass or hurt another person, and another girl with a long skirt who is snobby, rude, insulting, and hurts others. Well, I think you know where I’m going with this.

The Torah has but one solitary purpose: to help man grow spiritually and become one with God. And that, according to the Ramchal, is not only the purpose of our existence, but the manner in which man attains the highest level of happiness.

The human body builds its muscle through exercise and resistance, and so does the soul. If I’m constantly working out my arm muscles, my stomach or leg muscles will not benefit. Each exercise targets a specific area of the body and, when done in unison, creates the perfect body (genes permitting).

The same is true in regards to the soul. Each mitzvah is geared towards something specific, targeting a character deficit in our personalities. And God created three types of mitzvot: bein adam laMakom, bein adam la’chaveiro, and bein adam l’atzmo. Many of us gravitate towards the long skirts, the long prayers (bein adam laMakom) which is very admirable and important. But when we simultaneously violate bein adam la’chaveiro laws (stealing, not repaying a loan, embarrassing another person, making someone feel small), it’s like working out half the body and leaving the other to atrophy.

What’s worse, rather than growing closer to God through our actions, we do the opposite, push others away. And we forget that Hashem hates to see us fight. Have we forgotten that the Second Temple has still not been rebuilt because of sinas chinam?

How many frum girls do we know who can quote Torah all day long yet act disrespectfully towards their parents? And what about adults with long beards who are morally bankrupt? Or rabbis who are way smarter than I’ll ever be, but don’t really care about their congregants (unless they give big money) as much as they do their contracts? Or people who attack and embarrass others who are talking in shul, rather than use tact?

Did these “frum” people miss the memo? When we wear a yarmulke, we are essentially marked men because our kipot and sheitels say, “I’m frum and I represent Hashem!” Therefore, when we double park in stopped traffic or cut a line or create a scene on an airplane, we’re not only defeating the purpose of our frumkeit but actually defaming it.

So does that mean I can lose the yamulka or skirt as long as I’m real nice? Of course not. The ideal is to combine both bein adam laMakom and bein adam la’chaveiro because Hashem wants each person to shine like the bright diamonds we can be. He wants us to synthesize all three mitzvah categories so that we become a perfect diamond and shine His holy light to the world.

If we can accomplish this task, the nations will undoubtedly declare, “Surely a wise and discerning people is this great nation” (Deuteronomy 4:6). 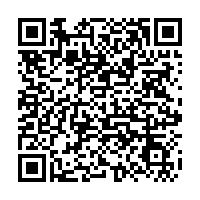