President Donald Trump eminently deserved the three nominations he received for the Nobel Peace Prize. And by all rights, the president should have won the prize this year.

President Trump made groundbreaking contributions to world peace that no one believed were possible. Professor David Flint, one of the four Australian law professors who nominated President Trump for the Nobel Peace Prize, noted that Trump brokered the Abraham Accords (between Israel, the UAE, Bahrain, and now Sudan) “against all advice, but he did it with common sense. He added:

“The states are lining up, Arab and Middle-Eastern, to join that network of peace which will dominate the Middle-East. He is really producing peace in the world in a way in a which none of his predecessors did, and he fully deserves the Nobel Peace Prize.”

The Abraham Accords ended the nonsensical and erroneous “conventional wisdom” of pushing off peaceful relations between Israel and Arab nations until Hamas and the Palestinian Authority deign to live in peace with Israel. (The Palestinian Arabs, of course, continue to seek Israel’s destruction and have rejected numerous peace offers for nearly a century now.)

Caroline Glick suggests the Nobel Prize committee’s decision reflects the fact that President Trump (and Prime Minister Netanyahu) is – to put it mildly – not well-liked by the popular “elites.” Sadly, as 1921 Nobel physics prize laureate Albert Einstein stated, “What is right is not always popular and what is popular is not always right.”

President Trump is thus far more deserving of the prize than the scandal-ridden UN World Food Programme (WFP), which won the 2020 Nobel Peace last week, and numerous notorious past winners. An October 2019 survey of 8,000 World Food Programme workers found widespread harassment, abuse of authority, discrimination against women and minorities, reports of shoes and boxes being thrown at people, and even rapes.

Meanwhile, let’s not forget that Nobel Peace prizes were awarded to the unrepentant lifelong terrorist Yasser Arafat – who planned and incited the murder and maiming of thousands of Jews – and the Israelophobic and anti-Semitic Jimmy Carter.

The failure of the Nobel Prize committee to honor President Trump for his peace accomplishments stands in stark contrast to its decision on October 9, 2009, to award a Nobel Peace prize to Barack Obama when Obama had served as president for only eight and a half months and had no peace accomplishments to speak of.

The committee mystifyingly declared that Obama was given the prize for his “attitude,” “hope,” and “vision.” Some vision. The Obama-Biden team proceeded to enter into a disastrous Iran deal that gave Iran $150 billion to support terror activities throughout the world, gave Iran another $1.8 billion in untraceable cash, repeatedly castigated peace-loving Israel, engineered a notorious anti-Jewish, anti-Israel UN Security Council resolution, and did nothing when Syria used chemical weapons on its people.

We hope the committee’s egregious oversight will be corrected next year with the presentation of the 2021 Nobel Peace Prize to one its most deserving recipients: President Donald Trump. 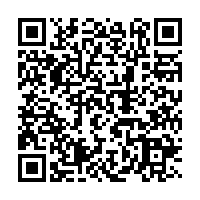