What is common to Daniel Perl, Nick Berg, a British soldier on London street, the Jews of Hebron in 1929 and the Fogel family in Itamar? They all were butchered. They were not simply stabbed to death, but were killed by an act designed to decapitate them or to cause fatal bleeding by severing their carotid artery. Another common denominator: all were slaughtered by Moslems. An endless list of Moslem girls and women can be added to them, those who were similarly slaughtered by their brothers, fathers or other relatives for “violating the family honor.” A question that arises automatically is where does this Moslem tendency to this kind of slaughter come from?

The answer is simple: Slaughter is a routine, widespread practice among many Moslem families. Many children see how their fathers slaughter sheep when celebrating an important event, and the whole family is present at the sacrificial slaughter during Eid al-Adha, the Festival of Sacrifice, when the slaughter is part of the holiday ritual.


In modern societies, the slaughter of animals for meat consumption takes place in slaughterhouses, far from the eyes of the public and children, who generally get their meat free of blood and hair and ready for cooking or eating. This sterile arrangement spares the public the sight of the slaughter, the blood and the accompanying cries. In the West, many of those who witnessed animal slaughter become vegetarian.

In many Islamic societies, slaughter generally occurs at home, in front of the children, and is part of the routine of life. They are immunized against the sight of slaughter, are not moved by the blood dripping from the animal’s neck and are not frightened by its snorts and struggles. In many cases, the children hold the legs of the lamb in order to immobilize it during slaughter; they sense very well its frantic reactions as the knife so painfully slices through its neck. The presence and participation of the children in the act of slaughter immunizes them emotionally against its influence; when they are older they perform the custom of sacrifice with their own hands and knives, and in front of their own children.

The emotional immunity to the act of slaughter allows a Moslem to utilize it whenever he feels he must employ radical methods to rid himself of someone. The slaughter of sheep during the Festival of Sacrifice is accompanied by the recitation of “In the name of Allah, the Compassionate, the Merciful”, and the butchering of girls who do not behave properly is conducted as a kind of execution ceremony. The slaughterer feels that he is doing something important and worthy, acting in a way to which he is inured since early childhood.

In western societies, slaughter seems barbaric, while members of Moslem societies view it as proper and commendable when carried out within the proper context. Therefore, slaughtering a Jew, a Christian or anyone seen as an enemy is not considered unusual in traditional Islamic societies. This is what professional jargon calls “a cultural difference.” 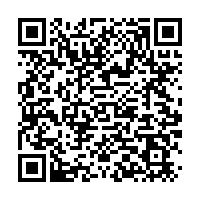