Iran has managed to successfully deter the US and just about everyone else threatened by its nuclear weapons programs by punishing them via its terrorist network. It has been able to rely on its widespread terrorist network to bolster its deterrence capabilities in the event that anyone should attempt to attack its nuclear sites.

In the case of Iran, their terrorist proxies (from Hezbollah, to Shiite militias in Iraq and Syria, to Hamas and the Palestinian Islamic Jihad, to, more recently, the Taliban) help the regime exact deterrence by punishment (as opposed to deterrence by denial). In maintaining these ties, Iran has bought itself both time and insurance against attack from states that are threatened by its acquisition of a nuclear weapon.

The US has three options. First, it could prepare itself to live with a nuclear Iran. In the interim, it could delay the inevitable by sabotaging Tehran’s efforts to mate nuclear weapons with ballistic missiles through such means as cyberattacks.

Second, the US could decide to take a more hawkish stance against Iran. It could bolster its capabilities with respect to its ability to deter potential terrorist actions and decide that the opportunity costs of striking Iran are worth suffering when compared to the long-term costs of living with a nuclear Iran (such as falling nuclear dominoes in the Middle East or a potential nuclear accident brought on by a bureaucratic screw-up).

Third, the US could focus on its great power competitors, starting with China, and attempt to drive a wedge between them and Iran analogous to the one the Nixon administration drove between Sadat’s Egypt and the Soviet Union in the early 1970s. Under this arrangement, Iran would agree to end its arrangements with China and distance itself from Beijing in exchange for access to the international economy, led by the US. Iran would give up the military components of its nuclear program in exchange for discreet inspections and security guarantees, while the US would limit Chinese influence in the Middle East.

(Dr. Albert B. Wolf is an Associate Fellow at SAIS Johns Hopkins and an Assistant Professor of Political Science at the American University of Central Asia) 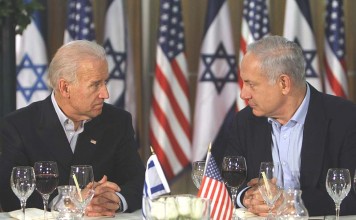 The Future of US Policy Toward Israel Under Biden 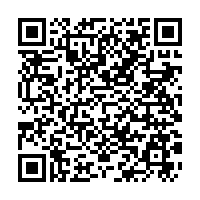