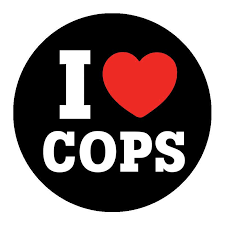 A year ago, this love letter to law and order would have made me a target of Twitter mobs trying to cancel me for being a disgusting racist.

Those days are long gone.


As we see murders rising alarmingly across the United States, including a New York cop murdered on Thursday after responding to a domestic dispute in Harlem, the woke brigades screaming to “defund the police” since the riots of 2020 seem to have cancelled themselves. You barely hear a peep from them. They must be hiding in their basements or in a corner of some trendy café with fellow cop-haters, hoping no one will see them.

How they must miss the glorious summer of 2020, when rioting, looting and burning police precincts were all fair game; when the woke media conveniently looked the other way; when white cops became America’s ultimate bad guys.

Those were the days, you’ll recall, when white America was so consumed with racial guilt it stopped seeing straight. Jumping on the anti-cop and anti-racist bandwagons—which merged as one—was all that mattered. It was performative activism at its emptiest. Who suffered most? Blacks in the inner cities, of course, who had to brave the inevitable rise in crime that followed the “defunding” of law enforcement.

Has there ever been a dumber, more moronic idea in democratic history than the defunding of law and order? I know all about the caveats—the transfer of funds rather than defunding, the reforming rather than dismantling, etc.—but let’s be honest: the word “defunding” captured perfectly the over-the-top rage against the police that rioters spread across the country.

The anti-police campaign, in fact, was so successful that it spectacularly backfired. Eventually, even the loudest progressives realized they didn’t want to be mugged on city streets. The woke mayor of that super-woke city, San Francisco, said she would no longer tolerate “all the bull**** that has destroyed our city … We are past the point where what we see is even remotely acceptable.”

Try to organize a “defund the police” march in Los Angeles today and you’d be lucky to get a minyan. With murders in 2021 up 53 percent versus 2019, the mood in La La Land is squarely in the “please bring back the cops” camp, not to mention bring back prosecution that will deter, not encourage, crime.

On the other left coast, it took only a week or two for the new Manhattan District Attorney to walk back his memo announcing a decriminalization plan that he claimed “will make us safer.” Could it be that he quickly figured out this was exactly the wrong message you want to give to potential criminals?

Our country is in transition mode from being hypnotized by wokeness to being mugged by reality. This mugging transcends politics. Friends of mine who are diehard Democrats and can’t stand the rise in crime in Los Angeles don’t really care which party will make their city safe—as long as it gets done.

This is surely a messianic moment: We finally found something that is stronger than partisan politics—the fear of dying.

The truth is, I love cops. Every time I see one, I thank them for protecting my family. I understand there are rogue cops who must be rooted out, but all in all, maybe because I was born in the Third World, I love living in a country where law and order is taken seriously.

This was never about denying the presence of racism and brutality among some elements of our law enforcement. It was always about finding the right balance between reform and keeping our cities safe. The word “reform,” however, is not very sexy, so would-be revolutionaries went all in on “defund the police.” But by compelling spineless leaders across the country to diminish our law enforcement, they got a lot more than they bargained for.

They bought themselves an epic backlash, where physical safety is now on virtually everyone’s lips.

That’s why we don’t see much of the “defund” brigades these days. Maybe they’re also afraid of walking on our streets. 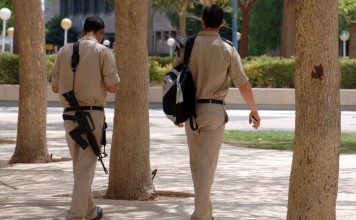 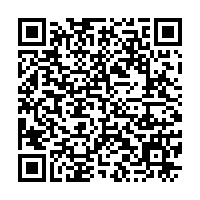