Amidst the calls to cancel George Washington and tear down his statutes, we must remember George Washington’s unparalleled contributions to Jewish equality not only in the United States but in the world at large. Yes, Washington, like most wealthy Virginians in his time, owned slaves — they were freed upon his death and that of his wife — but he should not be judged by that flaw alone. His contribution to the full equality of American Jews, which ultimately spread throughout much of the world, is understated in most histories. A bit of background and context is required to fully understand what Washington did.

Most American Jews and many non-Jews, are familiar with Washington’s famous letter to the Jewish synagogue in Newport, Rhode Island in August 21, 1790.  He wrote the following about the equality of Jews in our new nation:

All possess alike liberty of conscience and immunities of citizenship. It is now no more that toleration is spoken of, as if it was by the indulgence of one class of people, that another enjoyed the exercise of their inherent natural rights. For happily the Government of the United States, which gives to bigotry no sanction, to persecution no assistance requires only that they who live under its protection should demean themselves as good citizens, in giving it on all occasions their effectual support…May the Children of the Stock of Abraham, who dwell in this land, continue to merit and enjoy the good will of the other Inhabitants; while every one shall sit in safety under his own vine and figtree, and there shall be none to make him afraid.

What is not widely understood is the state of the law in Britain and its colonies regarding Jews up through the middle of the 19th century. Not only did Jews lack equality in Great Britain, they also lacked equality in the colonies, including the American colonies. In 1753, Parliament enacted “The Jew Bill.” The law provided that Jews residing in Britain or in any “of his majesties colonies in America” may become citizens “without receiving the sacrament of the Lord’s supper.” I own an original copy of that revolutionary law that promised to pave the way to legal equality for Jews. Before that law, Jews were anything but equal in Great Britain.  Recall that they had been expelled in 1290 and returned in relatively small numbers only during the reign of Oliver Cromwell in the 17th century. Discrimination against them was still rampant.

Jews celebrated their equality under the law after the passage of the 1753 legislation, but their celebration would be short-lived.

The reaction to “The Jew law” was virulent antisemitism from the media, from members of Parliament and from many British citizens. Within months there was a movement to rescind the law and soon thereafter it was, in fact, completely rescinded, thus leaving Jews in the situation they were in before its enactment. This meant that no Jew — whether in Britain or America — could be a member of Parliament, or even a British citizen, unless they renounced their faith and adopted Christianity. Infamously, Benjamin Disraeli, who was born a Jew, had to convert to the Church of England before he could become a member of Parliament and ultimately the Prime Minister.

The American Revolution, with its Declaration of Independence, pronouncing that all men are created equal, was followed by the adoption of the Constitution which provided that no religious test should be required to hold office “under the United States.” But several states still had religious tests that excluded Jews from some of the most important benefits of citizenship. That is where the status of Jews stood when Washington wrote his influential letter in 1790. It declared, in no uncertain terms, that discrimination against Jews will not be tolerated and that Jews must be treated as first-class citizens for every purpose. It was the first such broad and detailed pronouncement in the history of the world.

The Bill of Rights, adopted in 1791, further protected the free exercise of religion and precluded the federal government from establishing any form of Christianity (or any other religion) as the official religion of the government. But individual states were still free to “establish” various denominations of Christianity as their official religion. It took decades for Jews to achieve real equality all through the United States, but it might not have happened without George Washington’s bold and unequivocal pronouncement.

So I for one will continue to celebrate Washington, while criticizing his ownership of enslaved people. No one should be surprised that our founding fathers and mothers, like the Patriarchs and Matriarchs of our Torah, were imperfect great human beings. 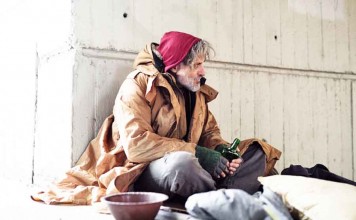 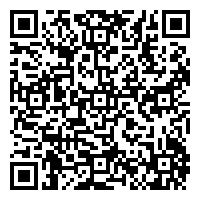