On the eve of Yom Kippur in Israel, radical leaders of The New Israel Fund (NIF), an American Jewish extremist organization were denounced by left-wing Israeli politicians. Opposition leaders Isaac Herzog of Zionist Union, Yesh Atid chairman MK Yair Lapid and Shelly Yachimovich, a senior Labor MK condemned the actions of NIF leaders who have been lobbying Brazil’s President to urge the country to reject Dani Dayan as Israel’s Ambassador to Brazil. Dayan is a former Director of the Jewish settlement movement.

Ilan Baruch, a member of the NIF’s International Council, and Alon Liel, a leader of two organizations which receive large funding by NIF (and is married to the organization’s Israel director) have evoked outrage across the political spectrum in Israel by petitioning a foreign leader against an Israel government appointee.

Herzog & Lapid– who oppose Netanyahu on nearly every issue – called the Brazilian ambassador in Israel, to express support for Dayan. Lapid tweeted: “I spoke to the Brazilian ambassador. I disagree with Dani Dayan, but he will be a fine ambassador. It is unacceptable that Israelis are trying to influence from abroad the decisions of an elected government.”On Monday, Shelly Yachimovich, a senior Labor MK wrote on Facebook: “It is so annoying and outrageous that in my political camp people behave in a manner which is lowly, despicable and – excuse me – idiotic.”

She asked, “What the hell were ‘the three former ambassadors’ thinking when they turned to Brazil’s government to convince it not to accept the appointment of the former head of the Yesha Council and my friend (Yes! My friend!) Dani Dayan to the position of ambassador to Brazil because he lives in the settlements?”

Yachimovich noted “there is a right-wing government in Israel. It was elected democratically by the citizens of the state and appoints ambassadors, some from the diplomatic corps and some who reflect its worldview – just as past governments have done.”

The New Israel Fund raises $30 Million Dollars annually, from prominent American Jews such as Craig Newmark, the founder of CraigsList, Alisa Doctoroff, the President of UJA-Federation & Edith Everett, a major donor to science issues. This is an organization that openly boycotts Israel, fuels a delegitimization war against Israel, and is a danger to the Jewish State. It’s time for support from Americans to end. 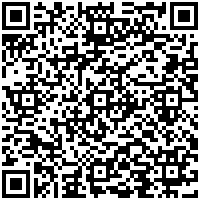