Many people nowadays accuse Israel of being a racist state that considers its Arab minority second-class citizens. I wonder, then, how they explain what happened last Friday?

For the third time in the last two years, Israel threatened military action to stop an attack by extremist Syrian rebels on the Syrian Druze village of Khader. It did so despite the fact that Syrian Druze have sided with the Assad regime in that war, meaning they’re aligned with Israel’s arch-enemies, Iran and Hezbollah; despite the fact that Khader itself has been the source of several anti-Israel terror attacks; and despite the fact that such intervention risks entangling Israel in Syria’s civil war, something it has hitherto tried hard to avoid–and all just because it was asked to do so by its own Druze minority, which was worried about its coreligionists across the border.

To most Israelis, it seems both obvious and unremarkable that Israel should accede to this request. But in fact, though Israel has always considered itself obligated as a Jewish state to try to protect Jews anywhere, it’s not at all obvious that it would consider itself equally obligated to try to protect Druze beyond its borders. Threatening cross-border military action on behalf of foreign nationals aligned with your worst enemies, simply because they’re the coreligionists of one of your own ethnic minorities, isn’t an obvious step for any country. And it’s especially not obvious for a country accused of considering said minorities to be second-class citizens.

Thus, the fact that Israel has repeatedly taken action to protect the Syrian Druze says a lot about the true state of anti-Arab “racism” in the country. But to understand exactly what it says, it’s first necessary to understand the difference between Israeli Druze and other Arab Israelis.

The Druze are ethnically Arab, and their religion is considered an offshoot of Islam. But in their attitude toward the Jewish state, Israeli Druze differ markedly from most Muslim and Christian Arabs. All Druze men serve in the army, whereas Muslim and Christian Arabs generally do not. Druze politicians can be found in every major political party (except the explicitly religious ones), and Druze voting patterns aren’t markedly different from their Jewish counterparts. In contrast, other Arabs generally support ethnic Arab parties that are openly hostile to the Jewish state. Druze overwhelmingly identify as Israeli rather than Palestinian, whereas among other Arabs, the reverse has been true until very recently. Finally, given their superior integration, Druze unsurprisingly feel much less discriminated against than other Arabs.

The Druze consider themselves to be and act as loyal Israelis in every respect, so Jewish Israelis consider themselves bound to show equal loyalty to the Druze. Therefore, when Israeli Druze (some of whom even have relatives in Khader) were concerned about what might happen to their Syrian brethren if the extremist militias succeeded in capturing the town, Israeli Jews–who can readily understand concern for the fate of one’s coreligionists in another country–fully agreed that something had to be done. Hence the army, as it has twice before, warned the extremists that if they didn’t retreat, they would be attacked by Israeli planes and artillery. And the extremists, as they have twice before, got the message and abandoned their attack.

In contrast, Israeli Jews feel far less commitment to other Israeli Arabs because other Israeli Arabs demonstrate far less commitment to Israel. This is obvious in their refusal not only to do military service–something most Israeli Jews could reluctantly accept–but even to do civilian national service in their own communities, because they consider it unacceptable to do anything that might be construed as identification with the hated Zionist state. It is equally obvious in their repeated reelection of Arab Knesset members who, in marked contrast to Druze MKs, routinely refuse to condemn Palestinian terror and sometimes even actively defend it, hurl calumnies like “apartheid” and “genocide” at their own government, and side with the Palestinians against Israel on virtually every issue.

Thus while prejudice and discrimination definitely exist in Israel, as they do in every society, they do not, for the most part, stem from “racism.” Rather, they are a response to the objective fact that many Israeli Arabs demonstrate their contempt for and opposition to the Jewish state on a daily basis. While Israel can and does ensure equality before the law for its Arab citizens, it can’t change human nature. And it is human nature to be less generous and more suspicious toward people who openly side with your enemies than toward those who side with you, because loyalty is a two-way street. Indeed, what’s truly remarkable is that Israel has made such great efforts to integrate its Arab minority despite the barrier posed by Arab behavior.

As I’ve noted many times before, Israeli Arab attitudes toward Israel are slowly changing. As they do, anti-Arab prejudice and discrimination will lessen in the same way that prejudice and discrimination against the Druze already have. And nothing demonstrates this better than last Friday’s incident in Khader, when Israel put its army at the service of non-Jewish enemy nationals across the border just because their Israeli coreligionists asked it to do so. 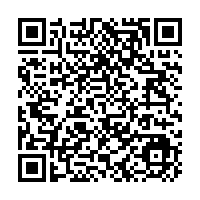