Recently, headlines in the Israeli press have been dominated by articles complaining about the high cost of living in Israel and stressing that life is more affordable in Germany and other countries. It is true that the cost of living is higher in Israel than it is in other countries and that oftentimes the salaries are lower, a problem that should be fixed. But as an American Jew who made Aliyah, I feel that these articles only focus on one aspect of life and ignore the bigger picture. Yes, it might be cheaper to buy cheese in Germany, but how will your children grow up? Will they have to face anti-semitism in school and then later on in the university? Will they be physically assaulted merely because they walked down the street wearing a kippa or a Star of David necklace?

A recent article in the Jerusalem Report stressed that the Palestine Teaching Trunk has started to infiltrate American high schools. Since the United States offers a great deal of freedom to social studies teachers to design their own curriculum, this permits a loophole for anti-Israel teachers to indoctrinate their high school students. The Palestine Teaching Trunk is already being taught in a number of high schools in Washington state and will be showcased this year at the Northwest Conference on Teaching for Social Justice in Portland, Oregon, which is a training session sponsored by the Washington State Council for Social Studies.


The Palestine Teaching Trunk could spread to other American states, putting Jewish high school students in the same uncomfortable position that Jewish university students deal with on a daily basis before they even reach adulthood and have the academic knowledge /support to counter it. Do Jewish parents want their children to be forced to deal with this? While it is true that many parents can send their children to private Jewish schools and thus avoid the Palestine Teaching Trunk, it should be noted that oftentimes the tuition at private Jewish schools is almost expensive as American universities. So yes, you save money on groceries and housing, but will loose money on private Jewish day schools. To the contrary, Jewish education is paid for by the Israeli government in Israel.

Living a life free of anti-semitism should be a greater priority than the cost of groceries or even a house. In some areas of Europe, it is not safe for Jews to walk around wearing kippas and Star of David necklaces. Jews who don’t take the precaution of avoiding wearing Jewish symbols can be physically assaulted in the streets by Neo-Nazis or Muslim immigrants. But American Jews aren’t immune from anti-semitism either. When I was in middle school, I was physically assaulted by anti-semites. They threw a chair at me, yelling, “Why don’t you burn something,” in reference to the gas chambers. Only teachers intervening saved me. The teacher who rescued me had her arm broken and she was in a caste for six months. This happened in America, the land of the free. If I grew up in Israel, this incident most likely would not have happened and even if a non-Jew living in Israel did something like that, it is easier to deal with such aggression when you are in the majority rather than a member of a minority group.

However, I would also like to stress that even if anti-semitism weren’t as big of an issue as it unfortunately is, I would still be opposed to Israelis leaving the country due to the price of cheese and the cost of living in general. I grew up in Rockville, Maryland in a very Jewish area. Around 30 to 40 percent of my high school was Jewish. However, the only exposure to Jewish history we received in school was a field trip to the Holocaust Museum and a one day summary of the Palestinian-Israeli conflict in world history class. If you took Model UN and represented Israel and/or did senior project, you could select to learn a little bit more, which I did. Nevertheless, the subjects that were most important for me to know as a Jew were not taught. 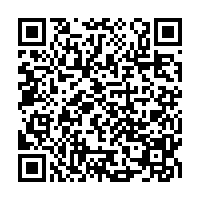