Nothing will be the same as we enter our new age—the Remote Age. We can wish a return to the jam-packed days that effervesced everywhere until earlier this year when COVID-19 suddenly burned across the globe. But the return to what we knew will not happen. Of course, some of it will come back with a yelp and cheer—but not with the kind of swagger and roar the world’s economies have known throughout this hyper-connected century. To interpolate the well-known adage: “If they re-open it, the people may not come.”

But unlike the 14th century, when the Second Black Death pandemic wiped out as many as 75 million worldwide, or the early 20th century, when the influenza pandemic—commonly referred to as the “Spanish Flu”—struck down some 50 to 100 million, today we will recover more quickly due to one factor: technology.

Like the advent of other modern tectonic and transformative advances—such as printing, electrification, railroads, radio, telephones, television, the computer, and the Internet—the Remote Age will usher us into a new hierarchy of influence, discussion, and idea proliferation.

Four months ago, almost no one had heard of Zoom—or cared to. Today, mass meeting products such as Zoom, Skype, Hangouts, and GoToMeeting have become the new telephone, post office, conference center, water cooler, lounge, religious portal, news bureau, and broadcast network. Filters for judgment, ethics, and reason do not yet exist. As bad as social media has become, things will be worse in the early days of the Remote Age.

Ideas, the ceaseless tremor of our history, the measure of our moment, and the portents of our future will now be an ever-evolving process that can be shaped by the best minds, the worst menaces, and every good, grey, and grim gradient in between. Hate seeks a vacuum. Ignorance thrives in the ecospace of uncertainty. Far-reaching missteps are manufactured by factories of fear. Two viruses now ravage the world: COVID-19 and PANIC-2020. One may be impervious to any vaccine.

Those of us who have devoted our lives to excavating true history and purveying verifiable genuine fact-in-context are now called upon to take the next bold step. From the lecture stage, printed page, and television studio, we must now leap into the Remote Age on the wings of informed perspective and reliable information. For this reason, enabled by a half-century of investigative history and the latest connective Zoom technology, I have launched The Edwin Black Show. Our mantra, mantle, and mission are summed up with a promise to “probe our turbulent history, our tense present, and our evolving future with distinguished guests and cohosts—and then take questions from anywhere in the world.” Nothing will be off-limits.

Our very first episode posits the enormous question of moral, economic, criminal, and juridical responsibility for the hell unleashed across the planet by the COVID-19 virus, now strongly suggested—but not proven—to be a laboratory accident that in turn may have spawned the biggest criminal cover-up in human history. Almost 200 countries have suffered. Numerous lawsuits against Chinese defendants have been launched in the United States and other nations. But what legal system in the world, which courthouse in which country will weigh the evidence, render judgment, and pronounce a verdict—and enforce it?

Therefore, for my first episode, I have gathered two of the best minds, famed civil rights jurist Nathan Lewin and Richard Heideman, an international jurist specializing in terrorism cases, to explore whether a Nuremberg-style tribunal is needed to determine guilt and consequences—if the COVID-19 pandemic indeed arose out of a deliberate Chinese government cover-up.

Subsequent weekday episodes will explore the inner crevices and outer limits of hate, injustice, imperative historical knowledge, artistic and cultural enrichment, and the cultivation of useful discourse based on reliable information by the best minds and most important voices.

The Edwin Black Show will be among the first Zoom TV shows—without even getting permission from Zoom—but it won’t be the last. In our new Remote Age, we will witness a rush to influence judgement. I will do my part to set a standard of ethics and excellence as we drive across the hazy horizon into some new landscape that we can shape even as it shapes us. Join me for the journey. 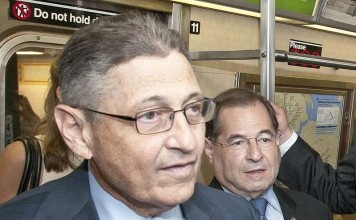 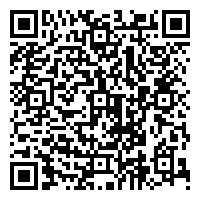