U.S. General (Ret.) John Allen, the senior American envoy for the coalition fighting Islamic State (IS), says it will take “a generation or more” to defeat the radical Muslim organization.

One may assume that what Allen means by such a statement is that IS will be holding on to territory for a long period of time. Allen added that if IS were not defeated, it would wreak ever-greater havoc on the world order.


It seems bizarre that anybody would choose to make such long-term forecasts, the more so as earlier this year President Obama asked Congress to approve a three-year military campaign.

But Allen’s remarks, whether realistic or not, can serve for more detailed reflection on what it would mean if, years from now, IS were to control territory of a substantial size.

As far as the Muslim world is concerned, the Arab Spring has already added Libya, Yemen, and Syria to the roster of failed countries. The continued existence of IS might lead to Iraq and possibly other countries being added to that list. IS, an extremist Sunni movement, is opposed to Shi’ite Islam. The longer IS lasts, the greater the threat to the Shi’ites.

This means that eventually IS would seek to directly confront Iran, the leading Shi’ite country. Iran has been an international troublemaker and the more powerful IS becomes, the more it will feel the need to challenge the Iranians.

As IS also opposes the Sunni countries presently ruled by various royal families, the instability in these countries would increase substantially as well. The same is true concerning Egypt.

For the West, the threats would be of a varying nature. A prime concern is Europe’s dependency on Arab countries for its oil supply. Instability in oil-producing countries such as Iraq and Libya has been dealt with so far without great trouble. Instability in Saudi Arabia and other Middle Eastern suppliers may have a much more disruptive effect.

Another potential repercussion for the West would be an increase in terrorism. In the previous century, terrorist acts perpetrated by Muslims in Europe were often carried out by non-Europeans – the attack on the Goldenberg restaurant in Paris in 1982, for example.

In recent years, however, Muslim terrorist attacks in Europe have often been carried out by EU residents. That was partly the case in the huge 2004 Madrid attack. It was certainly so in the 2005 London murders, the killing of French soldiers and Jews by Muhammad Merah in 2012, the murders at the Brussels Jewish Museum in 2014, and the killings in Paris and Copenhagen earlier this year.

So far, calls by IS leaders for Western Muslims to carry out terrorist acts in their countries of residence have not made much impact. There is a greater fear of terrorism from European jihadis returning from Syria and Iraq, but so far that has materialized only to a limited extent.

The tepid response to such calls for terrorism by Western Muslims may cause a shift back to terrorist attacks perpetrated by foreign jihadists.

What would all this mean for Jews living abroad? Not much good. Attacks on others are often followed by attacks on Jews. This was true in the Merah, Charlie Hebdo, and Copenhagen killings.

Given these uncertainties, what can a small country such as Israel do? It must improve its intelligence structure and be very flexible in its policies. The threats are substantial. Israel may at some point find itself with IS or other terrorist organizations on all its borders.

There may, however, also be a number of opportunities, for Israel. No other country has accumulated as much experience in effectively fighting Muslim terrorists of various kinds. Israeli know-how in this field is already in demand and that is only likely to increase – a development that may boost Israel’s popularity among Western populations.

And some Arab states may come to see Israel as less of a threat than IS. A recent poll showed that Saudis feel Iran constitutes the greatest threat facing them, followed by IS. Israel ranked third.

The challenges and opportunities presented by the fight against IS will no doubt play a key role in Israel’s strategic thinking – and quite possibly help improve its image in the Middle East and Europe. 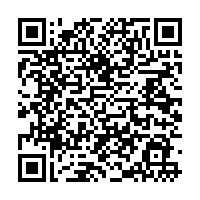