Who can doubt that miracles occur all the time? Indeed, all of creation is miraculous. To one with eyes to see, a flower is a miracle. The smile of a baby, the strength of a loving union –miracles. However, to those without eyes to see, the world can change beneath their feet and they see and feel nothing more than shifting tectonic plates.

Fifty years ago, the world shifted and a truly great miracle occurred. In the course of six incredible days, against overwhelming odds and enemies who wanted not only geographical victory but existential destruction – Israel prevailed. Victory was achieved against the united strength of several Arab nations. Is it any surprise that Jews on Israel’s streets had contemplated another Holocaust?


Miracle of miracles, Israel prevailed. Jerusalem was reunited. Many of us saw it for the miracle it was and offered – and continue to offer – grateful praise.

But so many others…

The lesson of the two? That it is not enough to simply look. We must also see. After all, at first glance, tzizis are just hanging strings. But with the eyes that see, they are a constant reminder of all God’s mitzvahs.

The tzizis do not change. How they are seen, does.

We are visual creatures. Our eyes are our primary sensory organs. We look at everything around us, taking in colors, shapes, and objects. We look, but in the process of making sense of that visual data, do we really see? Do we appreciate what our eyes take in? Do we see with segulah?

Rav Soloveitchik wonders, in commenting on this parshah, why the meraglim were sent in to begin with. After all, God had already promised the land would be conquered. What more did the Children of Israel need to know? In answering, he referred to the halacha that “One may not marry a woman until he has seen her.” So too he concluded, with the Children of Israel and the land. Until we had set eyes upon the land, the holy shidduch could not happen.

He further notes that the verb latur (to see, discover) is used rather than leragel (to spy). Moses sent the meraglim to the land not to conduct military reconnaissance but to discover the uniqueness of the land, to view it as the land with which our future would be forever entwined, not merely a land to conquer.

In this task, the meraglim fell short.

How could one, in June 1967, fail to see with segulah the miracle that flashed across Jewish existence? At that moment, God once again acted with His outstretched arm on our behalf. For those six days, miracles abounded. So many miracles that it was impossible to keep up. I recall a few weeks after the war ended a great man saying that were prophets and leaders of biblical stature among us, all Jews would be motivated to embrace God and His Torah.

Such was the feeling of living in a time of overwhelming miracles. But alas, like the meraglim of old, not everyone saw with the eyes of segulah, not everyone recognized the miracles happening before them each day.

I live in one of the largest observant neighborhoods, perhaps the largest. Yet, with tears in my heart, I am forced to confess that nowhere in my neighborhood is there to be found a shul, a beis medrash, that in any way, shape, or form acknowledges that Yom Yerushalayim is a day for Hallel; a day deserving of endless gratitude and exultation. No communal home to express gratitude for all God has done for us in our generation! Before our very eyes He has performed miracles that recall the miracles of the Bible.

In our lifetimes, “next year” became today.

Our Sages teach in the Haggadah that at Passover “one must see himself as if he had just left Egypt.” That is, we must think of ourselves as being there. Just as we were there at Sinai when Moshe received the commandments, we were in Egypt when God delivered us with a mighty hand and outstretched arm.

But it is often difficult to personalize events that happened long ago, even if filled with wonders and miracles. I would think, though, that it would be that much easier to embrace miracles and wonders that have occurred in our lifetimes. But that seems not to be the case for the Jews of Monsey, of Boro Park, of Williamsburg …

I often wonder what those Jews are thinking on Pesach, Sukkos, and Purim. What are they thinking during those days when we celebrate miracles of redemption and wonder? Do they really identify with all that God has done for us, our ancestors, and our people? Do they personally feel it? Do they dance with spontaneous joy or do they just go through the motions? Is it wonder they feel, or just the demands of another performance – another ritual, another mitzvah to do but not feel? Is it any different really on Yom Yerushalayim?

On those other chagim, Hallel is uttered, certain mitzvah obligations are “performed.” But on Yom Yerushalayim none of that even crosses the mind. No obligation. No performance. No nothing.

How different it was fifty years ago. Even those who professed no spiritual belief spoke of God and His miracles in 1967. Moshe Dayan quoted Tehillim as he touched the Wall. The announcer for Kol Yisrael had tears in his eyes and voice as he declared, “Ani nogei’a baKotel – I am touching the Wall.”

Maariv’s headline proclaimed, “We are at the point for which we waited 3,000 years.” Yediot Aharonot cited biblical passages. For a moment in time, Israel was touched by holiness.

God returned to Yerushalayim… and yet, and yet, our modern meraglim diminish this great miracle; they deride, mock, and even worse. They do not see through segulah eyes. They look, they do not see.

And let us not think that this is how the gedolim of the time viewed the miracles unfolding before them. Rav Moshe Feinstein, zt”l, and other Agudah leaders saw and publicly proclaimed:

[Hashem] bestowed kindnesses upon us wondrously…. in our generation, we have merited the revelation of Kavod Hashem [and] public Kiddush Hashem…. We are like people who are drunk, like dreamers in the face of the revelations of miracles and wonders…we have merited that [the Kosel, the Me’aras HaMach’peilah, Kever Rochel, and other holy places] were liberated from the hands of strangers and the boundaries [of Jewish-controlled land] were expanded…

With a broken and crushed heart, we mention the holy, heroic Jews who exposed themselves to danger and died making a Kiddush Hashem so as to defend the lives and well-being of the nation….

We call upon you, House of Yisrael, [to] extend a brotherly hand, materially and spiritually, for the fortification and strengthening of Eretz Yisrael.

As fortunate as we were to be witness to the miracles of 1967, we were doubly blessed to drink from the waters of such segulah gedolim.

God tells the nation of Israel, “You are to be segulah unto Me from among all the nations.” He is telling us that in order to relate to God’s holiness, we must discover and uncover the segulah within our hearts and souls. It is only with segulah-centered seeing that we can embrace all the gifts God has given the Jewish people, including in our generation the land of Israel.

The Talmud in Menachos comments on the techeles, the blue thread in the tzizis. The techeles is like the sea, and the sea looks like the sky, and the sky calls to mind the Kiseh haKavod – the Divine Throne. To call to mind the Divine Throne is to call to mind all of God’s commandments. Imagine! All of God’s commandments from a single blue thread amid the other tzizis strings.

The techeles doesn’t change. Is it merely a blue thread that contrasts and highlights the white threads? Or is it a direct connection to the sea, the sky, the Heavenly Throne, and God’s commandments? Only how you look at it changes.

The meraglim too were told to go and see… to see what? The land promised to each of our Avot, the land promised to a people born into slavery only to be redeemed by the Hand of God. What else could they have seen but a land blessed by God Himself? Yet ten of the twelve saw only the chitzoniyus, only the external. They saw much to frighten them. Big people, strong people. Giants. They saw fortified cities. Those ten saw the giants and the danger but remained blind to the holiness all around them.

Has anything changed, even today? How many refuse to see all that is holy on every street corner of Eretz Yisrael? How many speak only of a secular state, of a non-religious government, of a depraved Western culture? Of bureaucracy, of the hassles of integrating into a tough sabra society?

They see with the eyes of the ten spies.

See – do not merely look. 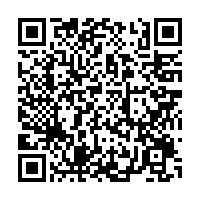