I wasn’t the least bit surprised that Israel was vilified and condemned in the hours and days following the Israeli raid aboard the Mavi Marmara flotilla ship outside of Gaza.

Like clockwork, the usual suspects lined up to censure Israel. After an emergency session, the ever-objective United Nations Security Council called for a “prompt, impartial, credible and transparent investigation conforming to international standards” into the flotilla incident. Officials from Turkey, Iran, Venezuela, China, Mexico, Brazil, Austria, and France all took to the airwaves and print media to denounce Israel’s actions.


Faster than the IDF could upload its video evidence to YouTube proving Israeli special forces were attacked first, Israel had been tried and convicted in the court of international public opinion.

Still, none of this particularly fazed me, as our enemies never miss an opportunity to jump on the anti-Israel bandwagon. What I did find particularly jolting, however, was just how many Jews, our own flesh and blood, have joined the chorus of voices clamoring against Israel.

In an interview with the Boston Herald, Representative Barney Frank (D-Mass.) called the nine so-called activists killed during the May 31 raid “innocent.”

During that same interview, Frank said, “As a Jew,” Israeli treatment of Arabs around some West Bank settlements “makes me ashamed that there would be Jews that would engage in that kind of victimization of a minority.”

Frank later backed off from his comments, claiming the Herald was inaccurate in its report that he had criticized the Israeli Navy, and that the paper had taken his use of the word “innocent” out of context.

Long-time Israel foe and New York Times columnist Thomas L. Friedman asked about the flotilla raid and the Gaza blockade, “How long is this going to go on? Are we going to have a whole new generation grow up in Gaza with Israel counting how many calories they each get?” (“When Friends Fall Out,” June 1, New York Times website).

In an earlier, unrelated column Friedman had written, “Continuing to build settlements in the West Bank, and even housing in disputed East Jerusalem, is sheer madness.” (“Driving Drunk in Jerusalem,” March 14, New York Times website).

In an online chat session with Washington Post readers, Adam Shapiro, self-identified board member and organizer with the Free Gaza Movement remarked, “Yes, our ships were attempting to break the blockade – a blockade that is illegal. Israel is the occupying power of Gaza, recognized as such by all governments and the UN, including the U.S. government. As occupying power it cannot declare war on that territory and cannot use blockade [sic], as that constitutes collective punishment. Yes, just as those who challenged Jim Crow laws and apartheid laws, we are challenging this blockade.” (“Israel Deports Gaza-bound Flotilla Activists,” June 2, Washington Post website).

I cannot help but feel a deep sense of betrayal when I see a Jewish name linked with anti-Israel rhetoric. I feel that same bitter disappointment in our Jewish Congressional representatives who remain quietly on the sidelines, waiting for the dust to settle, while Israel deals with an international backlash.

It is the perpetual silence of our Jewish elected officials that has enabled President Obama and his administration to set policies that have weakened Israel’s standing in the eyes of the world. It is their seeming indifference that has perpetuated the message that it is permissible, even laudable, to attack Israel, while Israel is prohibited from defending itself.

If Israel has any hope for a future, it must come to terms with the fact that, sadly, the enemy it must now confront comes from within. 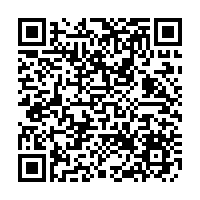