There are many possible explanations: our shared moral code, rooted deeply in Mosaic law, our common history as nations founded by those seeking refuge from religious persecution, our democratic political systems, our free market economic systems, our shared commitment to equality, tolerance and generosity in the face of less than generous treatment by others.


With all this in common, it is no wonder we share not only a deep friendship but also enemies. Wherever there’s a titan of tyranny anywhere in the world, he hates America and he hates Israel.

What is it about this tiny country, barely holding on to a little strip of land, that so provokes the powers of evil on the earth? I would argue that it’s not just political or historical or ethnic differences driving this animosity. I believe that the very presence of the Jewish people, surviving all horrors, thriving in the midst of constant terror and attack, does indeed serve as a rebuke to the nations; because its nationhood, its continued blessedness, despite all the curses that man has spewed and inflicted, is an irrefutable manifestation to the watching world of God’s covenant with the people of Israel.

Some would argue we share interests with Israel. I would argue we share faith with Israel. As modern man becomes increasingly secular and forgets God, the nation of Israel is a stark reminder that Israel’s God has not forgotten man. Americans are a deeply religious people, with most of us rooted in a Judeo-Christian tradition. As such, our bond with Israel isn’t just on a political or economic level. Our bond is spiritual. As Ruth said to Naomi in the Hebrew Scriptures, so America says to Israel, “Where you go, we will go, your people will be our people, and your God our God.” Advertisement

The current administration has abdicated this country’s traditional solidarity with Israel. Today Israel truly stands alone among nations, facing existential threats more dangerous and more imminent that ever before. The American people have not abandoned Israel, but there is no denying that Israel has been left to fend for itself by the administration and its congressional collaborators.

I’m referring, of course, to the grave and gathering threat in Iran. As Israel implores the international community to take action, what is America’s response? We are governed by a modern-day Neville Chamberlain, constantly issuing assurances of coming peace filled with Orwellian doublespeak about not tolerating a nuclear Iran – while simultaneously abandoning every possible point of leverage that could be used to bring Iran’s nuclear program to its knees.

Iran’s funding, resources, weapons, training and soldiers are killing Americans in Iraq and Afghanistan just as sure as they are supporting Hizbullah’s efforts to kill Israelis and further radicalize Israel’s neighbors. And still the Obama administration dithers.

Iran is not restrained by any sort of instinct for survival the way the Soviets were. So we must take the Iranians at their word. They will attack. 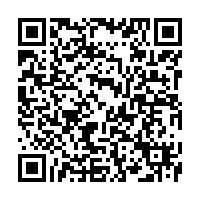