With mid-term elections months away and dismal poll numbers, the White House and many Democrats have resorted to unpopular distraction campaigns, including an assault on the Second Amendment.

Meanwhile, 18 Democrat Members of Congress have addressed a serious, realistic strategy for world peace and political survival. Their concerns regarding Iran’s nuclear buildup include:

“If Iran, the world’s leading state sponsor of terror, has proven anything,” Rep. Josh Gottheimer (NJ-5) stated in a joint press release, “it’s that they can’t be trusted… Iran’s paramilitary arm, has… killed hundreds of Americans, and attacked our bases and allies in the region. Strengthened with billions of dollars in sanctions relief, Iran would be an enormous danger to Americans at home and abroad, and to our allies. Additionally, it’s been reported that… Russia will be de facto judge of compliance, and in a position to return enriched uranium to Iran – without any oversight. Are we seriously going to let war criminal, Vladimir Putin, be the guarantor of the deal? We must address the threat of a nuclear-armed Iran. ”

“Iran must never be allowed to become a nuclear threat to the world,” added Rep. Elaine Luria (VA-2) “Not today. Not ten years from now. Not ever.”

“As a 27-year law enforcement officer and chief of police, I know a habitual offender when I see one,” noted Rep. Val Demings (FL-10). “Iran’s corrupt leaders are habitual offenders. I continue to support all efforts to destroy the Iranian government’s terror networks, break up their ballistic missile program, disrupt their meddling in Latin America, and gut their nuclear program.”

Why should the White House allow Iran to continue? World peace is on the table. Do we need to wait for an Iranian nuclear 9/11? Do we need more nuclear bombs, a Middle East arms race, more terrorist attacks?

So far, White House policies have resulted in chaos on many levels – especially in the skyrocketing prices of necessities such as energy, rent, food and gasoline, with no end in sight. Word on the street (for instance here, here and here ) is that it might be good policy for these concerned Democrats to speak to US generals about removing Iran’s nuclear weapons program to avoid a nuclear war. Perhaps the White House could ask the generals for a plan to eliminate Iran’s nukes and the threat of a global nuclear war before one takes place? It would seem that almost everyone might agree to that. It would at least ensure that the world peace we have enjoyed for so long will not be ruined by a terror state’s nuclear war. 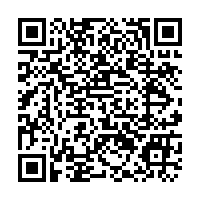