Today President Trump bravely recognized and acknowledged that which has been obvious and central to Jewish Theology and Jewish Tradition for eternity; namely, Yerushalayim is our home; our capital and our divinely designated abode.
We applaud President Trump for saying the obvious and for stating unequivocally the truth.
I present to you some quotes from various sources; some Jewish and some Catholic with regard to Yerushalayim.
From a Torah Perspective
“For the sake of Zion, I will not be silent, and for the sake of Jerusalem I will not rest, until her righteousness comes out like brilliance, and her salvation burns like a torch.” (Yeshaya 62:1)
“Rejoice with Jerusalem and exult in her all those who love her: rejoice with her a rejoicing…”
(Yeshaya 66:10)
“Jerusalem has mountains around it, and the Lord is around His people from now and to eternity.” (Tehillim 125:2)
“May my tongue cling to my palate, if I do not remember you, if I do not bring up Jerusalem at the beginning of my joy.” (Tehillim 137:6)
Another perspective from a different “Abrahamic Religion”:
“The Holy Land is for us Christians the land par excellence of dialogue between God and mankind… “ (Pope Francis; born 17 December 1936)
“Jerusalem (read: The Jewish People) has responded to His call and to His grace with the same rigid blindness and stubborn ingratitude that has led it along the path of guilt to the murder of God.“
(Pope Pius – remarks made in the summer 1942 – at the time when the New York Times first reported that, “the slaughter of 700,000 Jews” is taking place German-occupied Poland”; (which of course was an understatement).- to his college of Cardinals explaining the reasons for the great gulf that existed between Jews and Christians at the theological level.
The President of the United States– December 6, 2017:
“Today we finally acknowledge the obvious: that Jerusalem is Israel’s capital…This is nothing more or less than recognition of reality. It is also the right thing to do.
It’s something that has to be done.” Pres. Trump – December 6th 2017
Advertisement 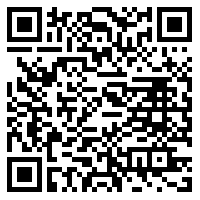