Will Israel ever learn or continue with the past script and think there will be a different outcome next time round. By now Israel and the Diaspora should know that whenever Israel takes up arms in a just cause and in its own defense, world “leadership”, media and the sundry masses of humanity will do everything possible to ensure that those pesky Jews must never be victorious in war. At best Israel must be made to settle for an inconclusive ceasefire, even when the enemy is a known terrorist organization whose charter calls for its destruction.

Instead of Israel prosecuting the recent war against Hamas with determination and with the sole objective being the destruction and unconditional surrender of the enemy in the shortest possible time, it again allowed this war to end prematurely and inconclusively for reasons mainly of its own doing.

In the history of warfare no nation on the face of the earth has a “Purity of Arms” doctrine such as Israel. A doctrine which gives advance warnings to the enemy, calls off strikes literally at the last second thereby allowing targeted terrorists to flee, along with supposed “innocent” civilians. It is a doctrine that ensures Israel will forever be at a tactical disadvantage of its own making by fighting wars tying one of its own hands behind its back. A doctrine that needlessly prolonged this war and by doing so invited the inevitable hostile world media, propaganda and third party involvement to demand what Israel and not the terrorists must do to bring about a cessation of hostilities. Additionally this war doctrine protected people who sympathize with Hamas’ aims, put Israeli soldiers lives at risk and ensured that Hamas and other terrorist groups will always use human shields when facing down Israel in future.

Then we have this same Prime Minister repeating the usual mantra that “Israel has the right to defend itself” to which I say of course it has. But by Israeli officials repeating this mantra ad-nauseam, it only conveys the impression that they are begging for world approval to do just that. It is time this language ceased, not only by Israeli officials but by Diaspora leaders as well, as it clearly does not command respect but in fact contempt.

In spite of doing everything humanly possible to avoid civilian casualties we again witnessed the repeated nonsense of the “disproportional response” mantra directed at Israel, a nation at war with terrorism. A few years back, a US drone targeted a known terrorist in Pakistan and according to media reports, even after confirming the man’s wife and extended family were present, the missile launch went ahead killing the terrorist and nine of those present with him and not a peep from anyone.

At the end of the day Israel has to determine if it wants to win its war on terror or settle for endless skirmishes and endless inconclusive ceasefires. It has to decide if it will act like a sovereign nation in control of its own destiny or keep calling for conferences with mediators who are not sympathetic to its survival.

If the object is to win the war with the unconditional surrender of the enemy, then the time has come to terminate the supply of electricity from the Israeli grid to Gaza, cease all aid to the enemy immediately and respond militarily in a way that will allow the hostile world media to describe the response not as “disproportional” but accurately this time as “devastating”. 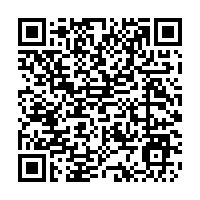