IDF Chief of Staff Lieutenant-General Benny Gantz addressed the truce between Israel and Hamas at a press conference in the south. “We managed to hit anything that has to do with terror in the Gaza Strip… we have achieved all of our operative goals.” (as reported by Yoav Zitun for YNet News.)

In Israel, a bona-fide, uniform-wearing Lieutenant-General is not ashamed to make a speech like this, the very day after his and our ignominious defeat, using language and terms which might have been lifted verbatim from a Hamas communiqué?


At 9 PM Wednesday, Hamas were still firing missiles. Day after day, more than 100 ballistic missiles were fired from Gaza into Israel, and you are not ashamed to say “We managed to hit anything that has to do with terror in the Gaza Strip… we have achieved all of our operative goals.”

Frankly, you make me sick. Have you no decency, sir? Do you not cringe at the sound of your own voice—and you a military man—saying “We have achieved our objectives,” even as enemy rockets and mortar shells rain down around our heads?

Have you no shame, sir?

And you, Mr. Netanyahu. I forget which of the Israeli newspapers it was that quoted you as saying, “We have made more than 1500 successful ‘hits’ on Hamas and Jihadi targets in Gaza,” are you really unaware how hollow you sound, how callow?

As though it matters how many hits you’ve ordered from your office in Jerusalem.

Move your personal office to Sderot, Mr. Prime Minister, move all your offices to Sderot, move the entire shoddy, government propaganda machine to Sderot, throw in the mighty Kirya and all its strategic planning committees, and your residence, too, for the duration, and then boast of all the successful hits and objectives achieved.

I suspect it is of little or no concern to you, Mr. Netanyahu, but I will to tell you what it is that so enrages me today, about your attitude. First, it is your attempt to spin this debacle as though we, the Israeli people, are witless and clueless. Your attempt to convince us that we did not just lose a war is despicable and craven.

You may think we’ve learned nothing from history, but we have. We know that the government is our parent when it deals with matters of warfare, national defense and international treaties. We are not permitted to make decisions about these things for ourselves, as citizens. Our parent-government has all the power, responsibility and duty, to make those choices in all our best interests. We know this because it is the first lesson in civics.

But our parents are not grownups, are they? They make decisions like a teenage gang operating out of the back of a car, a gang whose sole offensive strategy consists of variations on the art of drive-by shooting.

You stand in front of a battery of microphones talking to the world about the hard choices you made this week, without turning green? You don’t vomit or collapse at the knees, you don’t choke on your own lies? I do, though. You also make me sick. 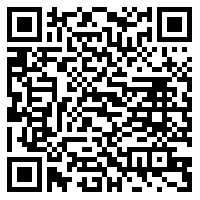