Since the dawn of Jewish history, Jewish parents have been on a perpetual quest, a seemingly never-ending search for that priceless mixture of pride and joy at a child’s accomplishments known by the Yiddish term “nachas.”

As with many words from that emotive and expressive tongue, nachas is difficult to translate, yet delightfully easy to comprehend. It is that warm feeling that envelops the entire body and touches the inner recesses of the soul when one’s son or daughter achieves something that epitomizes the values and beliefs, the goals and hopes, with which they were raised.

For some fathers and mothers, nachas comes from seeing their offspring graduate from a prominent university or get accepted into a leading yeshiva.

Others take pleasure in the commercial, intellectual or professional performance of their progeny.

But as we approach the 70th anniversary of the founding of the modern State of Israel, it is worth enunciating and embracing a new kind of nachas, one that was reborn on this soil along with the sovereign Jewish state. It is what I refer to as Zionist nachas, and it goes to the very core of what this nation is all about.

This past Wednesday, I experienced it firsthand when I accompanied one of my sons to the “bakum”, the IDF induction base at Tel Hashomer, as he joined the ranks of the Jewish army.

Like his brothers before him, his wavy hair had been replaced by a buzz cut, signifying the stark transformation he was about to undergo from civilian to soldier. How his kippa managed to remain firmly perched on his head despite the minimized mane remains a mystery to me.

Slung over his shoulder was an absolutely enormous backpack, the kind that young Israelis seem to favor when heading off on a trek, be it to the Himalayas or to IDF headquarters.

Dozens of other soon-to-be soldiers milled about, surrounded by family and friends who had come to share in this very special and highly personal occasion.

Some parents grinned with excitement, while others shed tears as their young ones prepared to take a huge leap into adulthood, one rife with promise but also teeming with risk.

Those present came from all walks of society, and the air was filled with a mixture of Hebrew, English, Russian and Amharic. Even without understanding the specific language in question, it was easy enough to sense what was being said, because the shared emotions are of course universal and so deeply human.

Punctuated by hugs and high-fives, parents wished their children the best of luck, beseeching them to be safe while beaming with pride at their service to the country.

It is a scene that is repeated over and over, several times per year, so much so that it has become akin to a routine rite of passage in Israeli society.

But in the grand sweep of Jewish history, there is nothing routine about it.

After all, for more than two thirds of our national existence, Jews were without an army of their own.

Sure, there have been great Jewish soldiers down through the ages, such as Uriah Levy, the first Jewish commodore in the US Navy, Frank Alexander de Pass, an officer in the British Indian Army who was awarded the Victoria Cross for his heroism in World War One, and General Yakov Kreizer, who played a key role in the Battle of Stalingrad in World War Two and was named a Hero of the Soviet Union, the Communist nation’s highest distinction.

But while many Jews achieved fame on the battlefield over the past two millennia, they did so while fighting other people’s battles and not necessarily our own.

The blood they spilled may have been for a noble or lofty cause, but it wasn’t by definition a Jewish one. This is not meant as criticism; the simple fact is that Jews were stateless for 19 centuries and had no option to serve in their own military.

And that is what truly makes the IDF so special, even sacred, and we must not forget it.

After all, a century ago, my son’s great-great grandfather served in the army of the Austro-Hungarian empire, defending a realm where he was despised for being a Jew. Now, countless thousands of young Israelis take up arms each year to defend the Jewish people and their land.

Just before he boarded the bus to begin his army life, I blessed my son and prayed for his well-being, offering a plea to God to watch over my beloved child. And then I felt that surge of emotion, that dose of Zionist nachas, as I basked in the knowledge that he was doing his duty as a Jew and an Israeli.

Obviously, sending your son off to the army is far more hazardous then dropping him off at a college dorm. But it is nonetheless an experience worth savoring, a special kind of nachas that our brethren in the Diaspora cannot possibly appreciate.

Warts and all, the Israeli military turns our children into men and women. And no less important, it ensures that our collective future will be a lot brighter than our peril-filled past.

The existence of a Jewish army, like the state it defends and protects, is a Divine gift and we should not take it for granted. Just because something happens all the time does not make it any less of a miracle.

May God protect each and every one of our young men and women in uniform. 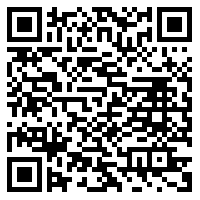