In awed silence we walked through a path of a forest just outside Tykocin, Poland. Towering above us, tall trees silently witnessed our return.

It was a somber march to the end of the path where a huge memorial pit gave testimony to unspeakable atrocities. Walking through this forest we tried to but could not fathom the thoughts of those innocent souls whose footsteps still resound in the Lupochowa forest.


The entire Jewish community of Tykocin marched down this path to their deaths. Men, women, and children all passed these trees, fearing but not knowing their final destination – until they came to a huge clearing where there was no place left to go.

The forest surely trembled as the trees stood in muted silence while the Nazis’ methodical campaign of death by bullets was carried out. Within minutes an entire village was exterminated.

I am a child of Holocaust survivors. I know what the Nazis did to my family and to the Jewish people. Everyone in my mother’s family was killed. I have never seen my grandparents. I have no photographs or family mementos from grandparents, aunts, or uncles. I always wondered what my grandparents looked like. I will never know.

Why, people asked me, would I want to go on a trip to Poland? It’s so depressing. It’s too hard to bear. You already know what happened. Why go there?

And yet, until I walked through the woods where an entire town was wiped out, until I stood in a forest just outside Tarnow, where 900 children were killed, I felt there was no way I could pay proper tribute to their memories.

We stared silently at a memorial where those hundreds of children were shot. Dolls and flowers had been placed there, commemorating those precious children, snatched from their parents in the cruelest of ways.

We thought of our own children and grandchildren and realized how fortunate we are to have them. We cried as we imagined the confusion, the terror, the abject fear of those precious souls before they were killed.

It was impossible to comprehend that this had really happened. And yet, in that place of unspeakable horror, the inconceivable did happen.

Auschwitz-Birkenau, Treblinka, Majdanek, stand today as memorials to the atrocities perpetrated against the Jewish people fewer than eight decades ago. In each of the death camps, as were led by our tour guide, Rabbi Michael Olshin from Israel, we said Kaddish and made Keil Molehs.

It was the month of Elul and a member of our tour group had brought a shofar. We somberly remembered our grandparents and entire families who perished there as we listened to the cries of the shofar piercing the silence, assuring the souls surrounding us that we attest, here and now, that they will never be forgotten.

We are alive and thriving, Baruch Hashem. At each memorial we were uplifted by the sight of the blue and white flags of the state of Israel, placed there as reminders: “Never again.”

We will continue to visit, though our hearts are heavy and our tears flow freely. So, yes, the trip is an emotional and difficult journey, but at the very least those who perished merit our prayers and our tears. We came to tell them they are not forgotten and did not die in vain.

In addition to killing as many Jews as they could, the Nazis held massive bonfires, gleefully burning our sacred texts and holy Torahs. They realized the eternal bond of the Jewish people to our past is reflected in our holy books, written by revered spiritual giants over the course of millennia.

Modern-day anti-Semites are also quite cognizant of our intrinsic bond to our past. They know it is the essence of our being. By laying claim to our ancient holy sites and to our homeland itself, they are trying to build their future by eradicate our past, by erasing our history.

They fail to realize that the bond of the Jewish people to our land and to our ancient history is an indelible part of the very fabric of our souls. While they continue to destroy, we will continue to build.

This year, the sound of the shofar resonated with special meaning as we remembered our grandparents and families whose memories will live on in our hearts forever. May their memories be a blessing and may our families continue to grow and prosper. Am Yisrael Chai. 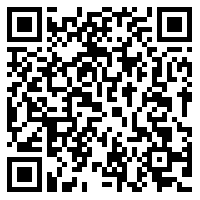