The controversial invitation to officials of several American Jewish organizations to visit the gulf kingdom of Qatar follows the historical pattern of dictators trying to improve their image abroad by hosting American visitors.

Precedents include Josef Stalin’s welcoming of left-wing American artists and intellectuals in the 1920s and 1930s and, more recently, the visits to Cuba by various American celebrities and to North Korea by former basketball star Dennis Rodman.

Documents I discovered in the papers of the late U.S. Orthodox leader Harold Jacobs shed light on a related episode in 1978.

At a particularly sensitive point in that year’s Israel-Egypt peace negotiations, Orthodox Union officials learned that Synagogue Council of America executive director Henry Siegman had accepted an invitation to bring a Jewish delegation to Cairo, without the approval of all the council’s member-organizations.

Jacobs, who was president of the Orthodox Union, objected that the Egyptians were “trying to use the American Jewish community to pressure Israel…. Meetings at this point would be interpreted as support of his positions to the detriment of Israel.”

Each of the member-organizations of the Synagogue Council had the right to veto any action by the council, and Jacobs informed Siegman that the OU was vetoing the trip to Egypt. Siegman proceeded anyway, arguing that canceling would “cause a national scandal,” and besides, he said, the participants in the delegation had already incurred “considerable personal inconvenience” to obtain the requisite vaccinations.

Jacobs’s fears were soon borne out. Upon their return, delegation members were quoted in the U.S. press saying they were “impressed” by Egypt’s “genuine desire for peace.”

They said they assured Egyptian officials “that Israeli leaders would do everything possible to achieve success in the peace negotiations,” implying Israel would make additional concessions.

A report on the CBS-TV program “60 Minutes” cited the Synagogue Council’s trip to Cairo as evidence that some prominent American Jews sympathized with the Egyptian position in the negotiations.

In an OU press release, Jacobs pointed to the “60 Minutes” broadcast as confirmation “that the ill-conceived trip continues to inflict considerable damage upon  Israel’s support in this country.”

Ten years later, when Yasir Arafat began trying to improve his image in the United States, he likewise employed the gambit of meeting with American Jews. A five-person Jewish delegation flew from the United States to Stockholm, in December 1988, to confer with the Palestine Liberation Organization chief on how to bring about U.S. recognition of the PLO.

The delegation consisted of two academics, two officials of a peace center, and, most significantly, Menachem Z. Rosensaft, president of both the U.S. Labor Zionist Alliance and the International Network of Children of Jewish Holocaust Survivors. As the leader of two mainstream American Jewish organizations, his participation lent particular credibility to the controversial embrace of Arafat.

Not surprisingly, Rosensaft and his colleagues were strongly criticized by many in the U.S. Jewish community. Rosensaft took to the op-ed page of The New York Times to complain that “right-wing Israelis and their acolytes in the American Jewish establishment” were denouncing the delegation “as ‘willing dupes.’ ”

Those critics turned out to be right, Rosensaft later conceded. In October 2000, in the midst of an Arafat-directed wave of violence against Israel, Rosensaft announced a dramatic change of heart. Writing in the Washington Post shortly after Yom Kippur, the Jewish day of confession and repentance, Rosensaft said the time had come for him “to confess: I was wrong, so many of us were wrong…for allowing ourselves to be convinced that [Yasir] Arafat ever actually wanted peace with Israel.”

Recalling the delegation’s meeting with Arafat in Stockholm, Rosensaft wrote: “We genuinely believed him when he said that he and the PLO were committed to a political solution to the Israeli-Palestinian conflict. We believed him when he proclaimed an end to terrorism. We were wrong.”

Today, the Emir of Qatar understands that his policy of funding anti-Israel terrorist groups such as Hamas is hurting Qatar’s image in the United States. Instead of changing that policy, Qatar has hired Jewish public relations experts in Washington (at a cost of $50,000 per month) and has been scrounging around for Jews willing to visit the gulf kingdom. It managed to find a few. But will Qatar’s new Jewish friends soon be writing mea culpas similar to those of the Jews who embraced Arafat? 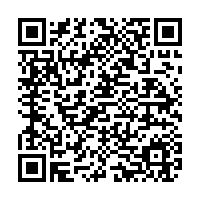