A few months ago I wrote to one of the major haredi magazines on the subject of the omission of women’s photos in frum media. That publication chose not to publish those views, which I share here, in lightly revised form, with Jewish Press readers.

I have found your magazine to be the most progressive and hashkafically in line with my thinking of the many “haredi” publications. Time and again I am pleasantly surprised at the direct and unapologetic approach you take to our community’s challenges.

That is why, despite some ambivalence, I am choosing to take the time to write you about an issue I know you’ve heard about many times over. Hear me out, though; my arguments may provide a fresh perspective on this issue.

Your editorial (and/or business) choice to not show photos of modest Jewish women is not unique; the rest of the haredi press does the same. However, here are three reasons, based on my varied life experiences, as to why you should seriously rethink your position:

What better way to create positive reinforcement of their chosen Torah lifestyle than images in the Torah publications that help the girls identify and feel pride? Instead, there is no public reinforcement for the girls; they are simply invisible.

Privately, yes of course – in plays, productions, women-only events, etc. But that’s not enough in today’s world. These girls need to stand tall and have their identities clear and unambiguous in the public arena, in appropriate ways – such as a group photo from a Bais Yaakov convention, girls visiting nursing home residents, girls involved in a chemistry lab, etc.

Your magazine calls from the rooftops the crucial message that despite the growing numbers of Orthodox Jews, we have become spiritually ill in many areas. Yet there is a glaring disconnect between your mission, your actual words, and the baffling and at times ironic decision to obscure the female image. The gap between your general editorial positions and this particular position is, at least to me, astounding.

I hoped for an invitation to join the rav for seudas Shabbos; he paused for a moment and then said, “You’ll join us tomorrow for Shabbos lunch, of course!” I immediately accepted. The next day, my friend and I went up the many steps to the rav’s apartment. As I entered, I was surprised to see two seminary-age girls at the table. One, I realized later, was the rav’s grandniece, who had brought her friend for Shabbos. Though we didn’t converse with the girls, the rebbetzin went out of her way to make us feel comfortable, and we had an enjoyable and uplifting seudah.

The rav and rebbetzin simply could have said that they had girls for Shabbos and therefore couldn’t have us over. Instead they chose the way of Torah. The Torah view, I would humbly submit, is the view of the Big Picture. You consider all the variables, the positives and negatives, and you make the decision that is the “30,000 foot view,” not the one obscured by trees.

The positive images of how our great rebbetzins, our dedicated mothers of Klal Yisrael, today’s bnos Torah, grace our lives is what I would like my daughters – and indeed my sons – to see. 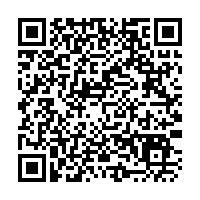