The Palestinian Authority has revived the medieval blood libel that Jews are poisoning the wells. The PA even named a nonexistent rabbi and rabbinical council as being responsible for this call to poison all Palestinian water sources.

Official PA TV reporter: “An Israeli human rights organization has exposed a religious ruling issued by Rabbi Shlomo Melamed (sic), Chairman of the Council of Settlement Rabbis (sic), that gave the settlers permission to poison the drinking water and the natural wells in the [Palestinian] villages and towns throughout the West Bank.” [Official PA TV News, June 20, 2016]

The PA Ministry of Foreign Affairs went so far as to warn that there will be thousands of Palestinian deaths, and condemned the international community for its silence.

Palestinian Media Watch has researched different sources to demonstrate how this libel has evolved and expanded since its beginning just a week ago. The following is the anatomy of this Palestinian Authority libel:

Stage 1- The libel is seeded

This latest libel started recently when Yehuda Shaul, a leader of the extreme left-wing Israeli NGO named Breaking the Silence, told foreigners in a private lecture that Israelis – “settlers” – had “poisoned” all the water of a Palestinian town a number of years ago causing the Palestinians to leave:

“This village, actually, it’s new, but they came back because a few years ago, the settlers basically poisoned all the water systems of the village.”

Stage 2 – PLO expands the NGO’s story, from a single event “years ago” to an broad current policy

The PLO’s expanded libel rewrote the NGO’s story about an alleged “poisoning” of one water system that supposedly happened a few years ago into the libel that Israelis are now, in 2016, poisoning all the water sources “throughout the West Bank.” In addition, they created another fictitious story that Israeli TV had reported on a religious ruling “a year ago” by an unknown Rabbi Shlomo Melamed “giving the settlers permission to poison the drinking water… throughout the West Bank.”

This is the PLO version of the libel:

“An Israeli human rights organization has exposed that Jewish settlers are working intently on poisoning the drinking water in the Palestinian towns and villages throughout the West Bank. Yehuda Shaul, founder of the organization Breaking the Silence… said that the goal of poisoning the water is to cause ‘the local Palestinians to leave their villages and towns, so that the settlers will be able to take control of their lands.’…

It should be noted that an investigative report that was broadcast on the Israeli [TV] Channel 10 around a year ago exposed that Rabbi Shlomo Melamed, chairman of what is known by the name ‘Council of Settlement Rabbis’ (Ed. note: no such rabbi or body exists), issued a religious ruling giving the settlers permission to poison the drinking water and the naturally flowing wells [of Palestinians] throughout the West Bank.”

Note: This story has been denied by both the supposed source of the story, the Breaking the Silence group, and by a Rabbi Zalmen Melamed – there is no Rabbi Shlomo Melamed. (See source below)

Stage 3 – Palestinian Authority Ministry of Foreign Affairs calls Israel’s “poisoning” the wells “a crime against humanity” and condemns the international community’s “silence,” and for not preventing the future “death of thousands of Palestinians”:

“This call by Rabbi Mlmad is considered a crime against humanity because it targets humans, animals, corps and all forms of life in the occupied Palestinian territory.

The ministry held the Israeli government full responsibility of the consequences of such calls. It demanded the arrest of the Rabbi for inciting murder and the enforcement of necessary procedures to protect Palestinians from individuals who might attempt to poison water sources.

Official PA TV newsreader: “The Council of Settlement Rabbis (sic) has called to poison the drinking water in all districts of the homeland [Palestine], in order to cause [Palestinian] residents to emigrate, or in order to kill them.”

Official PA TV reporter: “As part of the Israeli attempts to utilize religious sources of authority to achieve political goals, an Israeli human rights organization has exposed a religious ruling issued by Rabbi Shlomo Melamed (sic), Chairman of the Council of Settlement Rabbis (sic), that gave the settlers permission to poison the drinking water and the natural wells in the [Palestinian] villages and towns throughout the West Bank. This, with the goal of causing the [Palestinian] residents to leave their lands, enabling the settlers to take control of them.”

When the PA shouts its lies and libel so emphatically many around the world believe them. The Arab League was quick to accept the libel and join in condemning Israel:

“The Arab League strongly condemned the call of the chairman of the Council of Settlement Rabbis, Rabbi Shlomo Melamed, which gives the settlers permission to poison the drinking water that sustains the Palestinian towns and villages throughout the occupied West Bank.”

Finally, it should be noted that the Jerusalem Post has reported that no rabbi of the name “Rabbi Shlomo Melamed” exists, and even the left wing Israeli NGO upon which the PA is basing its story – has denied the poison wells story:

“The Jerusalem Post was unable to find evidence that either a Rabbi Shlomo Mlma or Mlmad, or the Council of Rabbis in West Bank settlements exist.

There is a Council of Rabbis in Judea and Samaria, led by Yishai Babad. There is a Rabbi Zalman Melamed of Beit El. Mlmad is similar to Melamed, and Zalman is Yiddish for Shlomo.

Rabbi Zalman Melamed told Gidon Shaviv, a senior research analyst for press watchdog CAMERA, “I did not say that and do not believe any rabbi would say something like that.” Melamed also called the report a blood libel.

In addition, Breaking the Silence’s spokesman said he did not know of any testimony about poisoning water.”

Finally, it should also be noted that Israelis and Palestinians share many of the same water sources.

A Short History of Palestinian Rejectionism 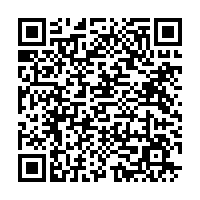