The controversy over President Trump’s refusal to certify Iran’s compliance with the 2015 nuclear agreement, officially known as the Joint Comprehensive Plan of Action (JCPOA), and his plans for improving its terms has a definite Alice-in-Wonderland quality about it.

Virtually every member of the House and Senate, whether ultimately voting for or against the agreement, had expressed his or her profound reservations about the deal and the dilemma it posed for them. Yet, now that President Trump has hit upon the certification requirement as suggesting a pathway to achieve changes, he is being pilloried, most virulently by those who had earlier come off as the most tormented over their decision.


Thus, Mr. Trump is being condemned for seeking to “scrap” the deal and risk provoking the Iranians to renounce JCPOA and assert the legal right to resume nuclear weapons development. (Curiously, they ignore the fact that Iran is a signatory to the Nuclear Non-Proliferation Treaty which prohibits nuclear weapons development.) They warn as well that it would alienate those of our allies who are parties to JCPOA. In sum, non-certification invites catastrophe.

As expected, among the loudest of the critics is The New York Times editorial board, which, in a piece appearing shortly before President Trump announced his refusal to certify, said this:

If President Trump refuses to certify that Iran is complying with the nuclear deal…he will be making his most feckless foreign policy decision yet. Don’t do it, Mr. President. Be a statesman, listen to our own intelligence officials and put the security of America and its allies ahead of your ego.

But then, curiously, the Times went on to undercut its own premise:

Certification isn’t a requirement of the 2015 deal, in which Iran, after negotiations with the United States and five other major powers, agreed to roll back its nuclear program in return for the lifting of international sanctions. Certification was required by Congress, which passed a law mandating that the president decide every 90 days whether Iran is fulfilling it commitments and whether the deal is in America’s national interest.

A decision by Mr. Trump to withhold certification would not, therefore, automatically “tear up” the agreement, as he promised to do in the 2016 campaign. It would, rather, kick the issue back to Congress, which could then decide whether to reimpose economic sanctions. But that in itself is a risk; and in any case, Mr. Trump’s expression of displeasure with the agreement can only alienate this country’s closest allies, which worked so hard to get a deal.

So at worst, as it now stands, it is for Congress, pursuant to the Iran Nuclear Agreement Review Act (INARA) to take a necessary next step of agreeing or disagreeing with the president, and in the former case, to reinstitute the sanctions regime, perhaps provoking the Iranians to formally withdraw from JCPOA. And therein lies the tale.

It will be recalled that JCPOA was adopted as an act of Congress – rather than, as would have been expected, a treaty. That was because the deal did not have the support of two-thirds of the Senate necessary for ratification as a treaty and President Obama got it through with some deft maneuvering, with the key connivance of some Senate Republicans. In any event, it consequently does not supersede any other law, as a treaty ordinarily would.

INARA’s requirement that a president must “decide every 90 days whether Iran is fulfilling its commitments and whether the deal is in America’s national interest” is of no less import than JCPOA. This means that even if there were no evidence of Iranian non-compliance with the terms of JCPOA, a president would still have the option of not certifying in the affirmative – that is, that Iran was in compliance – if he could not confirm it.

And President Trump has, in fact, cited JCPOA’s rendering of Iranian military bases as off-limits to JCPOA inspectors as one of the factors compelling him to refuse to certify compliance. (Of course, were NARA not in play, Iran would, in the absence of concrete evidence to the contrary, have to be deemed in compliance.)

What President Trump’s refusal to certify has accomplished is plain to see. There is now an opportunity to revisit the terms of JCPOA. Some of the more onerous ones include the limited 15-year duration of the agreement, after which Iran is no longer bound to anything, and the inspection regime that has more holes in it than the proverbial Swiss cheese.

To be sure, Iran does not have to play along. But the harsh effects of the previous round of sanctions are still being felt in Iran and there was a big sigh of relief in Tehran when they were waived. The Iranians may come to see newly negotiated adjustments to JCPOA as a relatively small price to pay for avoiding new sanctions. 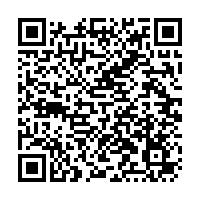