Leaders of towns in Judea and Samaria had harsh words on Wednesday for the government of Prime Minister Benjamin Netanyahu over the lack of funding for promised security upgrades.


Over the past two months, they said, they’ve met with the prime minister three times to discuss the dangerous security situation in their towns.

“We’re being given the runaround,” Dagan said bitterly. “There’s no plan to deal with this neglect in the security sector. There’s a difference between what we’re hearing, and the reality on the ground.”

Levinger likewise expressed deep disappointment with Netanyahu, who he said “promised us things would start moving and advancing, and said we’d receive the funding. But it didn’t happen.

“We’ve had enough of the promises, and we’re fed up with the excuses.”

Netanyahu was handed a letter on behalf of all the municipal heads in Judea and Samaria; in response, the Prime Minister’s Office said in a statement that Netanyahu said on Sunday during a meeting of Likud ministers that he would advance a solution to fund the construction of bypass roads even if it meant across-the-board cuts in government ministries.

Meanwhile, Defense Minister Avigdor Liberman was also busy putting out political fires in Samaria at a news conference held at the site where the new town of Amichai is under v-e-r-y slow construction.

“It’s time to tell the truth,” Liberman said. “We are working at a pace that has not been since 2000. We examined the data from 2000,” he said. “When we address the facts, there are also 300 units in Beit El and 3,000 units approved for construction as well as other permits for plans that stand at various points (in the planning process).

But he also admitted in response to a direct question regarding the funding for security:

“At the moment there is no budget, and there is much that yet remains to be accomplished during the course of 2018.”

Liberman maintained, “We will never be able to satisfy 100 percent of all demands. At the end of the day, things work out and there will be no issue with funding,” he promised, adding, “We have to find the right tools between the Interior Ministry and the Binyamin Regional Council.”

“We are in a situation where a comprehensive plan for security in Judea and Samaria is being formulated, consisting of six large sections with bypass roads, and everything else that is necessary.” 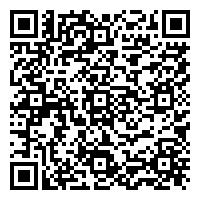