He was a boy from the Bronx who joined a rock band that played to sold-out performances here in America and then to screaming fans as far away as Indonesia.  His music carried him to the other side of the world, a fateful journey that would ultimately lead him back to his Jewish roots.

Neil Seidel’s passion for the guitar began when he was seven, encouraged by his brother who took professional lessons and passed on what he learned to his younger sibling.  His musical career went into full gear when he was twelve after the family moved to Los Angeles.  By age thirteen, he had a little band called Kool Kats. It entertained at school sock hops and, by fifteen, he was already playing with professional musicians. When he graduated high school, he joined the musicians union and started playing in nightclubs.


“I always had work as a musician. I played with show bands like Louis Prima in Las Vegas. There was live music everywhere, in bowling alleys, restaurants, bars, and you could make a good living.” When he was nineteen, he had the opportunity to join the Ruben Rodriguez band that combined rock and roll and jazz with mariachi music. “We opened in the Flamingo Hotel in Las Vegas.”

Another move brought him back to New York where he was introduced to the dean of the New York College of Music who invited him to participate in a classical guitar degree program.

“While I was attending school, I built up a great practice performing at private parties playing society music.”  Fate brought him into contact with Gary Lewis, son of comedian Jerry Lewis, who invited him to join his popular band.  Neil had three days to decide if he should drop out of school.  Ready for another adventure, he left New York and never looked back.  First stop, Disneyland.   And then they went on to the Philippines “where we were bigger than the Beatles.”

When he returned to L.A. he made contact with Indian musicians and formed the band Shanti, which means peace in Sanskrit.   A blend of traditional Indian classical music and American pop music, Shanti enjoyed a loyal following and signed a contract with Atlantic Records.  This was an innovative period in Neil’s life.   “As a musician I’m constantly trying to evolve.”  They played with diverse groups including The Grateful Dead at the Hollywood Bowl and even auditioned for George Harrison of the Beatles “who was very impressed with us.”

And then Neil met his bashert, Patricia, Sara Malka, who impressed upon him her desire for a traditional Jewish wedding. Although he wasn’t religious, Neil “wanted a holy man to marry us, not just any rabbi.”  A friend suggested that there was only one person for them, rabbi and singer-songwriter, Shlomo Carlebach. When Neil walked into the House of Love and Prayer, the synagogue founded by Shlomo in San Francisco, he impulsively sat down and began playing along with him.

“We immediately clicked musically and he agreed to perform our wedding.  It was one of the great Shlomo weddings, several hours of non-stop singing and dancing.”

And just as he had for so many other souls, Shlomo awakened in Neil “some spark of lost Jewishness. Shlomo was the catalyst that got me started on my journey.  We had a terrific relationship both musically and spiritually.”   Shlomo always had Neil accompany him in L.A. or San Francisco and after a concert they would go to someone’s house and he would transmit complex Talmudic teachings in a simple understandable manner long into the night.

“I was with Shlomo for 22 years and we had a telepathic musical communication. He could make up a new song and I would follow him, segueing from one niggun to another.  I produced a CD, “Shlomo Stories,” on which Shlomo would relate stories and I played classical guitar behind him.” Neil and Patricia also produced a creative album for him that had a lot of soul and was very well received.

Neil credits another “messenger” who arrived in his life during this period to guide and show him the way.  A chance meeting with the Ribnitzer Rebbe, Rav Chaim Zanvil Abramowitz, propelled Neil further onto the spiritual exploration of his roots. Overwhelmed by his presence, Neil felt an inexplicable desire to spend a couple of transformative weeks with the Rebbe who struck him as the kind of person that only comes along every hundred years with a soul that is on an entirely different level.

”Most people have a grandfather or at least a great-grandfather who is religious,” Neil marvels. “But I came from a totally assimilated, secular family.  My great-grandfather, Nasanel, after whom I was named, wrote Yiddish song parodies for the Jewish theater.  I can go back three generations without having observed anyone in my family doing anything religious.”

For Neil, the Ribnitzer Rebbe came to represent his long-lost spiritual grandfather. The Rebbe had such a profound effect on him that he felt compelled to keep Shabbos. It was inspiring to see the potential of his neshama to become holy after having observed someone who had actually achieved such a high degree of sanctity.

Neil admits that in a profession like his it was difficult not to work Friday night or Saturday, but ultimately he and his wife made the commitment.  They created Seidel Event Productions and would book musicians but they remained Shomer Shabbos. “After three difficult years we wound up being successful in special events which we ran for 25 years.”

Married for 45 years, Patricia and Neil have two children. “One of our daughters, who has two daughters of her own, lives in Tzefat, Israel where she is a Medical Clown with the organization, “Dream Doctors,” and I have been encouraging her to write a book about the miracles that occur on her watch.” Neil and Patricia’s other multi-talented daughter, a senior paralegal, is involved in several organizations that support Israeli causes.

A master guitarist and composer, Neil is currently scoring films, commercials, and documentaries at his studio, Independent Creative Sources, in Los Angeles and Palm Springs, California.  His newest CD, “World Music Traveler,” explores the impressions of the musical heritage of different countries including Argentina, Cuba, and Israel. His greatest satisfaction comes from learning that “people who listen to the soul of my music are nurtured by it.”

Some things just seem to naturally go together, like an overcast Friday afternoon with the threat of snow in the air, chicken soup simmering on the stove and “The Heavenly Melodies of Shlomo Carlebach” interpreted by the soulful guitar of Neil Seidel. As the gentle music envelops me, it’s apparent that the guitarist is one of those fortunate people blessed to be making music that makes him and his listeners happy.

This article appears in Helen Zegerman Schwimmer’s new book, “The Wedding Gown That Made History & Other Stories,” available on amazon.com. For more information please visit Helenschwimmer.com. 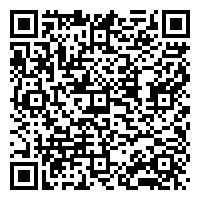