“Court Jew or court factor (German: Hofjude, Hoffaktor) was a Jew who handled the finances of, or lent money to, European royalty and nobility. In return for their services, court Jews gained social privileges, including in some cases being granted noble status.”

The phenomenon of the court Jew came about as a result of the need for high finance in the Middle Ages as the simple barter of an agrarian society no longer sufficed for commerce. The church’s interpretation of the Biblical prohibition of usury as applying to every Christian posed a major stumbling block to the important role commercial loans played in the new and more complicated financial world. In addition the need to assure payment for goods delivered to merchants on foreign shores, provided a new opportunity, however precarious, for Jews.
In a world dominated by Kings and potentates, with no concept of international law to protect the merchant, Jews provided a system by which one could be assured that payment for merchandise shipped to foreign ports would be received. Jews possessed an international system of business law mandated by Halacha and enforced by the power of the Bet Din utilizing the severe penalties of Seruv, contempt of court and Herem, excommunication, both of which would place the Jew outside of his community in all areas of human endeavor.


Court Jews were looked to by the Jewish community to intercede on its behalf with the nobility and the church. Their intercession at times was the only means by which Jews could receive some understanding and protection. Famous banking families such as the Rothschilds and the Seligmanns began their banking empires as Court Jews.

A good example of the banking and merchant class of Jews interceding on behalf of their coreligionists occurred in, New Amsterdam when the Dutch Governor, Peter Stuyvesant, an anti-Semite, petitioned the Dutch West India Company for permission to expel the recently arrived Brazilian Jews from the colony. The Jews of New Amsterdam wrote to the Jewish community in Holland asking them to intercede on their behalf. The Dutch Jewish community sent a letter petitioning on behalf of their fellow Jews facing expulsion to the Dutch West India Company. As a result, Stuyvesant was ordered not to expel the Jews. In the letter to Stuyvesant dated (April 26, 1655), The Dutch West India Company stated that decision was premised on “the considerable loss sustained by the Jews in the taking of Brazil, and also because of the large amount of capital which they have invested in the shares of the company.”

The role of Court Jew has played out in many forms throughout history. In the United States, it has always been expected of those Jews elected to public office or holding high office in government, or Jews, who because of their wealth or social connections could influence public officials, that part of their responsibility was to serve as a conduit for the Jewish community’s interests at home and abroad. One famous modern-day court Jew was Eddie Jacobson, who, through his relationship with President Truman, was instrumental in Truman’s positive attitude toward the establishment of the State of Israel, in spite of the opposition of the State Department, which was, and is partial to Arab interests. Truman and Jacobson had successfully managed a canteen together and after World War I, partnered in an unsuccessful haberdashery business. Jacobson, who spent his life as a traveling salesman, was expected by the Jewish community to intercede with his lifelong friend, Harry S Truman, on behalf of the cause of Israel and he did.

In recent months, however, we have witnessed a new and tragic understanding of the court Jew as is evident in the internal Jewish and general societal debate regarding the Iran Joint Plan of Action. To fully understand this new and tragic phenomenon in Jewish life, we must ask ourselves a simple question. What criteria should be used by American Jew in reaching a position regarding President Obama’s Iranian plan? For me, there is a rather simple and clear response to this question. Given the vast majority of Israelis, no matter their political affiliation, support Prime Minister Netanyahu’s opposition to this plan, I must oppose it. Iran has declared time and time again its commitment to the annihilation of the “little Satan” the State of Israel. Recently, its leader, the Ayatollah in his book stipulated the process of achieving their goal of annihilating the Jewish State. It is obvious to me that I must, as Jews have done throughout our long history in the Diaspora, stand up for our brothers and sisters imperiled in Israel, some 6 million of them, a number that has potent significance in recent Jewish history, and forcefully oppose the President’s plan. Yet, there are Jewish organizations and indeed Rabbis who, by virtue of their personal sense of fulfilling the role of court Jew, are actively and vocally cheering on President. Obama in his efforts, even when the dark storm cloud of anti-Semitism hovers over the White House. How can we account for this new and dangerous phenomenon?

In my early years in the rabbinate, I recall that it was well accepted that two factors would ensure the future of American Jewry – the Holocaust and the founding of the State of Israel. When voices arose in opposition to this folly stating the two factors that would ensure the future of Jewry in the United States, as part of the fraternity of world Jewry were actually Jewish education and religious commitment, they were dismissed. Slowly but surely, I would suggest too slowly, the truth of this minority opinion is penetrating the mindset of the majority. During the last few decades the importance of Jewish education has been recognized and accepted by all quarters of the Jewish community’s organizational leadership. Liberal elements in American Jewry together with others, although well-meaning, who sight the stumbling block of Jewish religious denominationalism as hindering a communal effort reminiscent of the “Great Awakening” of American Christians in the 19th century, have still successfully countered a formal effort in general Jewish life toward a re-awakening of Jewish religious commitment.

The result has taken a severe toll now harshly demonstrated by the division in American Jewry on the issue of a potential nuclear Iran. Those who support the President and reject the opinion of the Israeli Jewish community, the community most threatened by a nuclear Iran, do so because they no longer see themselves as part of the international Jewish fraternity, with each of its members responsible for the welfare of their fellow Jew seeking their support as our Jewish brothers and sisters in Israel are today. For many of these folks, they are motivated by their commitment to the liberal political view, which perpetually takes up the banner of the perceived downtrodden – in the Middle East, the Palestinians and the Arabs in general. They are uncomfortable defending the positions taken by a strong and resilient Israel.

Complemented by their lack of or very liberal commitment to Judaism, the thrice daily enunciated prayer of the traditional prayer book beginning, “and to Jerusalem your city may you return in mercy,” no longer resonates with them. The concept of the Jewish Holy Land, the eternal gift of the Alm-ghty to His people, makes them uncomfortable for it speaks to a living and viable religious faith, a position that for the American liberal Jew conjures up the anti-Semitic accusation of yesteryear and now resurrected of dual loyalty.

And so the understood rule of life for the court Jew of the past, that of being on the front lines in general society using his influence on behalf of the welfare of his brothers and sisters in faith across the globe, has lost its significance among a segment of the American Jewish community. Those of us and, thank G-d, there are still many of us, who understand that, as we recite in the prayer for the new month, Chaverim Kal Yisrael, all Jews are intertwined globally one with another, no matter their residence, must take up the gauntlet on behalf of our brothers and sisters in Israel and indeed on behalf of Western civilization as a whole, and stand firm in our opposition to the acquiescence of our President to the despicable and anti-Semitic goals of a fundamentalist Iranian society.
Attach Article for Upload: 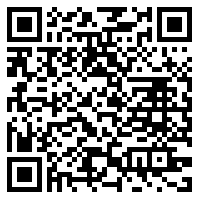