What are the details of the Middle East peace plan that President Trump will use to craft what he hopes is the “ultimate deal”?

Sometime in the next few months, they will be unveiled as part of an effort to revive the dead-in-the-water peace process between Israel and the Palestinians. Though we’ll have to wait and see what exactly is in the proposal being cooked up by a team led by presidential son-in-law Jared Kushner and chief negotiator Jason Greenblatt, the only two things that seem certain are that it is likely to be acceptable to Saudi Arabia and that it will have zero chance of success.

That’s why instead of merely repeating the mistakes of its predecessors, the Trump team should try a paradigm shift that will predicate peace on a simple concept: the Palestinians have to admit they’ve lost their war on Zionism. Avoiding this admission in order to mollify them or their supporters or concentrating – as every U.S. administration has done – on pressuring Israel to make concessions, merely makes it impossible for the Palestinians to accept the sea change in their political culture that is the only thing that will make peace on any terms possible.

It was this idea that brought two members of the Knesset – representing a larger group of legislators that come from six different parties that are in and outside Prime Minister Benjamin Netanyahu’s government – to Washington to meet with several like-minded members of Congress to promote the concept of an Israeli victory in the long conflict rather than a self-defeating compromise.

The launch of a joint #IsraelVictory caucus at the Capitol Hill gathering is a small step and, as of yet, hasn’t influenced the administration’s thinking. But the gathering, which was sponsored by the Middle East Forum think tank, is a long overdue effort to promote a concept Kushner and company ought to be thinking about.

Trump’s team is likely to embrace an “outside-in” strategy in which Arab states, principally the Saudis, will use their influence and money to pressure the Palestinians into finally accepting a two-state solution. In return, the U.S. would get the Netanyahu government to agree to terms that are likely to largely resemble past plans floated by the Obama, Bush, and Clinton administrations. Trump may think the missing ingredient for peace has been the absence of a master dealmaker, but this scheme has no more chance of working than the efforts of his predecessors.

The reason is that the essential element for peace is still missing. The Palestinians are still stuck in a mindset that rejects Israel’s legitimacy. The Palestinian Authority won’t accept a deal that ends the conflict for all time no matter where Kushner, Greenblatt, and Saudi Crown Prince Mohammed bin Salman draw the borders between the two states, or how much of Jerusalem the Palestinians receive, or how many descendants of the 1948 refugees are allowed to “return” to Israel or even how much money is thrown at them.

That’s because the Palestinians’ national identity as a people is still inextricably bound up in a futile century-old war on Zionism that its people have been taught to think they will eventually win.

At various times, the PA has declared a willingness to accept peace. Yet every such gesture has been undermined by its cradle-to-grave incitement that promotes a culture of hatred for Israel and Jews, and makes new rounds of bloodshed inevitable. The history of the last 24 years of negotiations since the Oslo Accords shows that peace is impossible so long as the Palestinians still hold onto hope of eventually winning this war.

As with every other conflict, this one will only be settled when one side admits defeat and that is something no one, not even a Trump team that appears to be more realistic about Palestinian behavior and intentions than past administrations, seems willing to force them to do.

Critics of the #IsraelVictory idea mock its simplicity. But generations of would-be peacemakers have forgotten that it really is that simple. Once the Palestinians concede the war is lost rather than being paused and put aside their dreams of a world without a Jewish state, compromise would be possible. But if the compromises precede acknowledgement of an Israeli victory, then all Israel will be doing is trading land for more terror, not peace.

The Trump team may not be listening to the #IsraelVictory caucus as it hatches its plans. But if the White House ignores the basic truths the caucus proclaims, it will be wasting its time and making the next round of violence more, rather than less, likely. 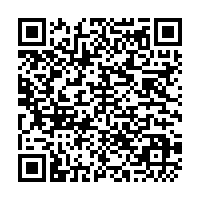