When I was in third grade, waiting on the school cafeteria line was a test of patience. My eyes inevitably wandered to a huge poster that read, “SMILE! It takes fewer muscles to smile than frown.” Once, without even realizing it at first, I attempted to test that statement by shifting my mouth into various contortions. I learned two things that day: one, the poster was right; two, a public cafeteria is not always the best place to test theories.

As is the case with many simple mitzvahs, we often don’t give much thought to the act of smiling. And yet, in parshat Eikev Hashem promises us that if we keep His small and seemingly insignificant mitzvot, the ones we tend to trample on with our eikev (heel), the reward will be significant.

If you pour a glass of water for someone, you are doing an act of chesed – but if you put a smile on your face while doing the same task, how much more it is worth? Orchot Tzaddikim writes that when we do a mitzvah with a smile, it is worth a thousand times more than when we do it without one.

How is that possible? If smiling is so easy, how can the reward be so great?

The reward for smiling is so big because the effects are so far reaching, even for the smiler. Simply placing a pencil in one’s mouth for a minute, biting down, and mindlessly creating the shape of a smile causes a shift in the brain. When we smile, our neuropathways actually change, creating a simulated feeling of inner joy.

I must confess I’ve tried this, albeit privately, and the impact was remarkable. Almost instantly, and without much effort, I felt happier.

One day, when she was delivering a lecture to a group of high school students, a boy in the back of the room raised his hand.

He stood and said, “Rebbetzin, I know all about you. I’ve read your stories, I’ve seen your lectures. I know you’ve had a hard life, and yet you are always smiling. Tell me, is that smile merely on your lips or is it actually in your heart?”

The Rebbetzin paused for a moment and replied, “Well, I guess the truth is that sometimes it is just on my lips, but then it moves to my heart. When I smile, God in turn gives me something to smile about.”

We know that a smile transforms us internally, but what impact can our smile have on others?

My older sister is gorgeous. When she was in her twenties, given her tall, slender frame and long blonde hair, she often was mistaken for Gwyneth Paltrow and other celebrities. One day she and a friend were walking the streets of New York City and passed a woman wearing a flower pin (a trend at the time). My sister paused, flashed her a bright smile, and said, “I like your flower pin; it’s so cute!”

They kept walking in opposite directions, but soon the woman turned and raced back toward my sister.

“Here, I want you to have this,” she said as started to remove the flower pin.

My sister quickly responded, “No, you don’t understand! I don’t want it, I just wanted to give you a compliment!”

The woman said, “You have to have it. I insist. I want you to remember what you did for me today. You‘ll never really know what your smile did for me. Today specifically. My day is now transformed.”

Who knows why, on that particular day, a simple smile from a stranger was such a game changer for the woman with the flower pin. Post-smile, her day was different, better. Post-smile, she may have spoken differently to her coworker, her friend, her child, her spouse. That tiny facial gesture has the power to create a domino effect of sheer goodness.

Rabbi Yechezkel Sarna (1890-1969), the esteemed rosh yeshiva in Chevron, was addressing a gathering at the bris of Reb Moshe Chevroni’s grandson (who was also a grandson of the Gerrer Rebbe). As Rabbi Noach Weinberg, z”l, tells the story:

A large segment of Eretz Yisroel’s Torah giants were there, among them the grandchildren of the following leaders of the previous generation: the Chofetz Chaim, the Slonimer Rebbe, the Vizhnitzer Rebbe, the Gerrer Rebbe, the Levush Mordechai, the Alter of Navardok, the Alter of Mir, and the Alter of Slobodka. Their grand­children were all there at this bris.

Rav Yechezkel Sarna got up and said, “Everybody in this room thinks that it was his grandfather that did the most for Am Yisroel in the last one hundred years. The Chofetz Chaim, the Alter of Navardok, the Alter of Slobodka – the talmidim they had, the yeshivas they created. I’m here to tell you that it’s none of them.”

Rav Sarna was very confrontational, and the people present said, “Reb Chaskel, let’s not have fights. Please sit down.”

Reb Chaskel said, “I’ll tell you more. The one who did the most for Klal Yisroel in the last one hundred years never learned a blatt Gemara.”

He answered, “I’ll tell you more. When I mention the name, you will all agree with me that it wasn’t your grandfather, it wasn’t one of these great rabbis, but yes, it was in fact this person who did the most for Am Yisroel in the last one hundred years.”

Everybody started laughing. Can you imagine that the chassidim and the misnagdim would all agree on who did the most for Am Yisroel in the last century? Was it possible? Reb Chaskel mentioned the name…and they all agreed with him.

The name was Sarah Schenirer.

[From the introduction to Carry Me in Your Heart, Pearl Benisch’s 2004 biography of Sarah Schenirer (Feldheim)]

Sarah Schenirer was a young woman with a vision. She established the Bais Yaakov movement and thus transformed the religious education of Jewish women, forging the most powerful educational system centered on Jewish girls.

On a personal level, I owe my career to her.

After her death, her students were asked what they believed was the secret of her remarkable accomplishments. Unanimously they spoke of her smile. Sarah Schenirer believed in her students and it showed through her smile, which was infectious and instrumental to her success.

One person’s smile changed the entire Jewish nation. Of course, our own personal fate can be determined by the same simple show of warmth and friendliness. In Pirkei Avot (1:15) Shammai says: “Greet everyone with a smile.”

There was a Jewish man in Norway who worked in a meatpacking facility. At the end of each day he would inspect the freezers. One day the safety latch broke, causing the freezer door to close. He was trapped inside. He banged on the door and called out for assistance, but no one could hear him. Most of the workers had already left and his voice was muffled by the thick freezer door.

He was stuck inside that freezer for several hours and could feel his life slipping away.

And then, suddenly, the door popped opened. It was the security guard, who saw the man lying on the cold floor and saved him.

Afterward, the guard was asked why he happened to check the freezer at that moment.

He responded, “I’ve been working here for thirty-five years. Hundreds of workers come to this plant every day and leave every night. Every morning without fail, this man greets me with a smile and a hearty ‘hello.’ He never leaves without wishing me a ‘good night.’ Every other employee treats me as though I don’t exist. I wait for this man’s smiling ‘hello’ and ‘good night’ every day. Today I got my ‘hello’ but I never heard the ‘good night.’ I realized he must still be inside the plant. So I didn’t stop looking until I found him.”

We cannot measure the effect our smile has on the world around us. So much that is positive can – and will – happen when we turn that frown upside down. 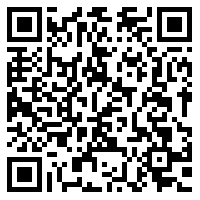