Another day, another allegation. Or two or three allegations. The era of sexual McCarthyism has dawned and shows no sign of abating. And as the accusations reach back farther and farther in time, the chasm between those decades and today becomes ever more glaringly incongruous.

What could be more ironic than the fact that we are experiencing an unprecedented outbreak of long-belated sexual harassment charges in a generation defined by its sexual licentiousness? We are, after all, living in an era that a 2013 article on the American Psychological Association website dubbed the “Sexual Hook-up Culture.” A time of “uncommitted sexual encounters, part of popular cultural change that has infiltrated the lives of emerging adults throughout the Western world.”


Living in a hook-up culture presents a number of pitfalls for those of us who do not hook up – especially for those of us striving to raise moral and religious children. The Internet is a cesspool of freely available depravity. Bare-all fashion trends no longer push the envelope because that seal has already been broken wide open. And it is difficult to protect innocent readers from lurid details in even the most staid newspapers.

I sometimes avoid taking the subway with my teenage son to evade the increasingly lewd, almost pornographic, ads plastered on the walls. I have traveled circuitous routes with him to bypass the legalized nudity on display in Times Square. And it has become impossible to walk the streets without hearing coarse and foulmouthed language in even the most benign settings.

Glorified sex and immorality in the entertainment industry is so commonplace that what was once considered R-rated content is now marked PG. Rappers are paid millions for lyrics that denigrate women and glorify sexual harassment in the vilest language. And politicians and educators laud and promote an agenda of the kind of sexual deviancies that once were universally castigated.

And now we have the deluge of #MeToo victims who act as judge and jury, alleging crimes that should have been immediately reported when they had first supposedly occurred. It seems that promiscuity has produced some very peculiar he said/she said byproducts. What was tolerated or ignored pre-Harvey Weinstein is now violently denounced post-Weinstein.

As a religious woman with two daughters, I would be the first to legally pounce on any predator, no matter the challenge to career or position. Which is what any person subject to a crime should do. Waiting 20, 30, even 40 years to report an alleged crime is highly suspicious and smacks of vindictiveness or possible insincerity. Especially when the original motivation to sweep it under the rug may have benefited the victim.

Many current whistleblowers are out for blood but once – when the alleged incidents occurred – they may have been out for a job. It seems that political correctness has found a new safe space in these decades-delayed accusations against individuals of means and power.

No one denies the trauma suffered by victims of real sexual harassment or abuse. But one can at least question the severity of trauma that was suppressed or compensated for –because no publicity or promotion is worth the price of being subjected to criminal behavior.

There should be a sharp distinction between reaction to an immediate report of an unwanted advance or attack and a report that emerges years and even decades after an alleged incident.

The danger of the hook-up culture is perhaps dawning on this generation of women, who are slowly realizing the detriments of promiscuity without commitment. As the APA story cited above concludes, “Developing research suggests that sexual hookups may leave more strings attached than many participants might first assume.”

In an effort to compensate, feminists have lashed out and overreached, often missing and actually setting back their goal.

Take the inequity of date rape on college campuses, which Education Secretary Betsy DeVos is now trying to redress. Rather than reign in the negative consequences of casual sex among college students by reigning in casual sex, left-leaning educators have enacted rules that indiscriminately blame males without due process.

Candice E. Jackson, the top civil rights official at the Department of Education, has been investigating the hundreds and hundreds of young men whose lives were ruined after being accused of rape or sexual assault. “Ninety prevent of the accusations,” she says, “fall into the category of ‘we were both drunk’ or ‘we broke up.’ ”

While efforts to put a brake on these rampant and unjust accusations are underway, it remains an uphill battle for the wrongfully accused to reclaim their good names.

The current trend of outing men for long neglected misconduct may stymie these efforts. In their zeal to punish old transgressions, some women threaten to undo the rules of law, including those pertaining to statutes of limitation. More important, they risk appearing hypocritical for not simultaneously condemning the often complicit behavior on the part of females – or worse, behavior initiated by females.

The gauntlet has been flung down so that all men are now fair game. Feminists no longer distinguish between Bill Clinton and Donald Trump, Bill O’Reilly and Matt Lauer, Roy Moore and Al Franken. The difference is that 20 years ago Bill Clinton’s accusers were characterized by his supporters as disingenuous or even “tramps,” while today’s accusers are applauded.

That applause is far preferable to the way feminists and liberals in general defended or excused Clinton because he was one of their own. But the #MeToo crusade has, chillingly, become the latest fad chipping away at due process – essentially condemning individuals until they can be prove their innocence. In addition to devastating the lives of the accused without affording them their day in a court of law or the court of public opinion, these women risk losing credibility among those who are dismayed by their tactics. And with that they risk losing the credibility of the very cause itself.

Fighting crime is a good thing. Calling out predators is a good thing. But one should think twice before joining the J’accuse bandwagon. Sudden waves of indiscriminate accusations can have a way of boomeranging, especially in a climate that promotes just the sort of licentious behavior it now sees fit to condemn. 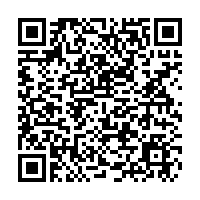