Question: I’ve noticed that some people fill their Kiddush and Havdallah cups to the point that they overflow. Is there a halachic source for this pratice? Doesn’t it amount to bal tashchit?

Answer: Not only is there a halachic source for this practice; the Rema actually mentions it. I actually discussed this matter in my own synagogue on a recent Friday night. My late chaver and Jewish Press columnist, Rav Yaakov Simcha Cohen, zt”l, also discussed this matter with me a number of years ago and noted interestingy that the Rema cites this practice, not once, but twice.

In Orach Chayim (296:1), the Rema, citing Eruvin 65a, records an ancient custom to pour some of the wine from the Havdallah cup onto the ground. He states that a person should do so before he completes the blessing of “Borei Pri HaGafen” so that the cup is not deemed unfit. The Rema writes: “Any home where wine is not poured like water lacks a sign of blessing – a siman berachah” (see op cit Eruvin 65a). This custom, writes the Rema, is practiced on Motza’ei Shabbat and symbolizes blessing for the upcoming week.

The Magen Avraham (Orach Chayim 296:11), citing numerous authorities, rules that the above-noted custom of pouring wine onto the ground should be abolished since it constitutes a repudiation and disgrace of the Havdallah blessing. He suggests that a person should rather fill his cup to the brim and if a little bit overflows, it’s okay.

The Mechaber, citing the Gemara (Pesachim 105b-106a), makes no mention of spilling. He just states that the cup should not be unfit. Thus, it seems that a person need only make sure to fill his cup to the brim. Even if nothing spills, he now has a fit cup of wine. How does the Mechaber understand the Gemara (Eruvin 65a) cited by Rema? If one looks closely, one notices that the Gemara never states anywhere that one should spill wine on the ground. Rather, it states that there is blessing in some overflow – meaning, if wine flows over, one receives extra blessing.

The Taz (end of 296:1) explains that the practice to spill started so that people wouldn’t get upset. People generally become very perturbed when someone spills wine. Anger, of course, is a terrible sin (see the first perek of Meseches Sotah), and a house with anger is a house with poverty. Since getting angry over spilled wine precludes a house from being filled with blessing, a custom developed to intentionally spill wine as an act of religious devotion so that people wouldn’t get upset and blessing could reign in the home.

The Taz writes that oveflowing one’s cup too much is, in fact, a form of wasteful destruction of food. Therefore, the amount spilled over the rim should be minimal, he argues.

The Mishneh Berurah (Orach Chayim 206:4, 5) writes that a person should spill before concluding the berachah, rather than after, because doing so afterwards would constitute a disgrace to the kos shel berachah – the cup of blessing.

Of course, today, spilling on the ground – on beautiful carpets or wood floors – or even on the table on expensive tablecloths or napkins is not advisable as it would greatly upset the woman of the home. Indeed, Rabbi Yaakov Simcha Cohen quotes his grandfather, the Minchat Shabbat (96:19), who cites scholars noting that the common custom today is not to spill wine on the ground, but rather to pour until some wine spills on the table (or saucer).

The words of these scholars reflect better the common practice today. Most people have coasters under their Kiddush and Havdallah cups so that any wine that spills will spill onto the coaster. 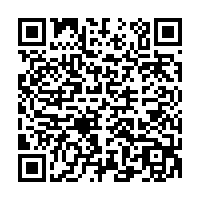