Question: As the shamash in a small community shul with an aging population, I am faced with numerous challenges. The following is only one of them. During sefirah, different people daven for the amud for Ma’ariv. Once, a bar mitzvah was one of them. On another occasion, a very recent ger lead the service. Were these individuals allowed to lead the congregation in counting sefirah? I also wonder, in general, if everyone should be trusted to lead the counting. What if someone forgot to count on one of the previous nights but does not inform anyone of this?

No Name
(Via E-Mail)

Answer: Last week, we reviewed the mitzvah of sefirat ha’omer (Vayikra 23:15). The Talmud (Menachot 66a) tells us to start counting the omer at night so that a full 49 days are counted. If someone misses even one day, he has not fulfilled the essence of the mitzvah. The Mechaber (Orach Chayim 489:8) states that if one forgot to recite the blessing, he should count on subsequent days without a blessing.

We follow the first rule mentioned above – that a bar mitzvah may count with a blessing if he has not missed a single day of counting while still a minor. The Piskei Teshuvot adds that such a young man should not serve as a congregation’s representative to count on behalf of other adults. In his view, counting the omer is a biblical obligation for an adult, whereas the obligation of a boy who became bar mitzvah in the middle of sefirah might only be rabbinic according to some poskim.

The Teshuvot VeHanhagot (Orach Chayim 147) explains that we follow this opinion since today we view the obligation of counting the omer as a rabbinic obligation.

Rabbi Nissan Alpert ob”m (Limudei Nissan) deliberates on the following: Some say that the full seven weeks are required to fulfill the obligation of sefirat ha’omer. Therefore, if someone missed even one day, he cannot continue saying a berachah because he is no longer fulfilling the mitzvah in its totality. However, perhaps we can argue that counting involves 49 separate mitzvot. If so, this individual would be allowed to continue saying a berachah. This latter opinion is supported by the fact that we recite a blessing for sefirat ha’omer each day. (If counting the omer was just one extended mitzvah, one berachah at the beginning of sefirah would seemingly be sufficient.)

Rabbi Alpert injects another element into the discussion by suggesting that since the majority of poskim rule that the obligation to count the omer is rabbinic today, a boy who becomes bar mitzvah in the middle of sefirah should be allowed to continue saying a berachah since both his counting before bar mitzvah and his counting after bar mitzvah are rabbinic (before bar mitzvah, he was counting due to the rabbinic mitzvah of chinuch). Thus, all 49 days are one unit for him, which would satisfy those poskim who rule that counting all 49 days is a single, continuous mitzvah.

He further notes Rashi’s opinion that, from a rabbinic point of view, a minor is not required to observe commandments; rather, it is the father’s responsibility to educate him (Rashi, Berachot 20b, s.v. “vechayavin bi’tefillah”). If that is the case, how can a son (see Gemara, ibid.) fulfill his father’s obligation of saying birkat hamazon when his father ate a quantity that would make him rabbinically required to bentch?

In Antisemitism as in Life, Ignorance is Always a Choice 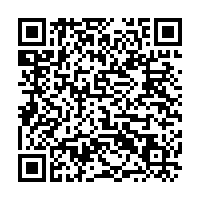