Our Gemara discusses two neighboring cities whose respective techumim meet in the middle of a pond. R. Chiya rules that an iron partition must be constructed to prevent the water of one city from intermingling with the water of the second city. If they do intermingle, it would be prohibited for the inhabitants of either city to draw water from the pond.

Why not? Because we are concerned that some water from side A of the pond might move (on Shabbos) to side B, and the people from city B will then draw that water on Shabbos. Now, since that water was originally within the techum of city A (at the onset of Shabbos), the water acquires shevisa (Sabbath residence) with the people of city A. If the water moves out of the boundary of city A (to side B in the pond) it may not be removed on Shabbos because objects (including water) that move beyond their techum may not be subsequently removed more than four amos for the duration of Shabbos.

Tosafos (47b, s.v. “cherem,” following the textual reading found in our Vilna Shas at the beginning of 48a, “e’leima mishum d’tani lah k’R. Yochanan b. Nuri”) explains that a partition in the pond is required only according to R. Yochanan b. Nuri who maintains that ownerless objects acquire shevisa at the onset of Shabbos. However, according to the Sages (whom the halacha follows), no partition is necessary because the water in the pond is hefker and does not acquire shevisa until someone takes possession of it. 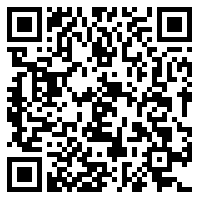