We discussed the Tur’s ruling that a person who recites HaGomel with less than a minyan present does not need to repeat the blessing. The minyan requirement is l’chatchilah, he maintains. Rabbenu Yonah disagrees and requires a person who said HaGomel without a minyan to say it again before a minyan.

We also discussed the opinions of several later authorities. The Chaye Adam says that HaGomel should be recited within three days of the event necessitating it, even if that means saying it without a sefer Torah. He maintains that one should say HaGomel before a minyan but the requirement that two of the 10 men be Talmudic scholars is not absolute. The Aruch Hashulchan agrees. The Kitzur, on the other hand, stresses that the minyan requirement is absolute and leaves no room for leniency in this regard.

The Mishnah Berurah rules leniently, arguing that the minyan can include the person making the berachah, just like bridegrooms are included in the minyan at their wedding. Many other authorities agree with this opinion.

We discussed your rabbi’s instruction to wait until Shabbos to recite HaGomel due to the larger crowd that would be present that day.

Rabbi Moshe Sternbuch (Orach Chayim, vol 2:143) differentiates between HaGomel and tefillah. Tefillah requires 10 men present, but not all 10 need to be praying. HaGomel, however, requires the response of the entire minyan since the entire purpose of having a minyan present is to thank G-d publicly. Rabbi Sternbuch therefore advises that one recite the blessing loudly so that all can hear and respond. 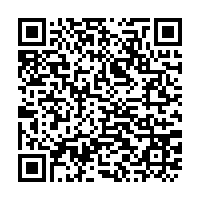