Question: Lately, various missionary groups have been very active in my neighborhood, anxious to convert our brethren. Why don’t we, in turn, seek to convert them?

Answer: On occasion, I have been approached by seemingly well-meaning and modestly-dressed Christians who wish to save my soul. In jest, I usually say to them that they’re placing themselves in danger since they might end up converting to Judaism after our conversation. I then go on to explain that we Jews don’t, as a rule, proselytize.

I also tell them that they should come back on Shabbos and see how many Jews go to synagogue and then come back the following day and see how many Christians go to church. They will see that few, if any, of my gentile neighbors do so. Therefore, I tell these young men, they would be better off knocking on doors without a mezuzah. They will make a far bigger impact that way.

Regarding converting non-Jews, the Mechaber (Yoreh De’ah 268:2) writes as follows: “If a prospective convert comes to convert, we [i.e., the members of the beit din] tell him: ‘What have you seen that you now come to convert? Are you not aware that the Jewish people in our time are oppressed, downtrodden, and harassed, and pain and hardship come upon them?’

“If the prospective convert responds, ‘I am aware and I am even unworthy of joining them,’ he is accepted immediately. We explain the main elements of our religion – the unity of Hashem and the prohibition of idolatry – discussing those at length. We also inform the prospective convert of some of the minor and major mitzvot, as well as some of the punishments meted out for transgressing the prohibitions…and just as we enumerate the punishments, so do we talk about the reward for performing the mitzvot…”

From the Mechaber’s words, which are based on the Gemara (Yevamot 47a-b), it is clear that we do not actively seek converts. Indeed, we initially discourage those who wish to convert. Only those who are truly sincere are accepted into the ranks of the Jewish nation.

And yet, we find that Abraham and Sarah proselytized; the Torah states (Genesis 12:5), “Vayikach Avram et Sarai ishto ve’et Lot ben achiv ve’et kol rechusham asher rachashu ve’et hanefesh asher asu be’Charan vayetz’u lalechet artza Canaan vayavo’u artza Canaan – Abram took his wife Sarai and his nephew Lot and all the possessions they had amassed and the souls they made in Haran and left to go to the land of Canaan, and they came to the land of Canaan.”

What do the words “the souls they made in Haran” mean? Rashi explains – quoting the Midrash (Bereishit Rabbah 39:4) and Gemara (Sanhedrin 99b) – that “souls” refers to the men and women that Abraham and his wife Sarah converted. Why, then, do we not follow the example of Abraham and Sarah and seek to convert non-Jews to Judaism?

My uncle, HaRav Sholom Klass, zt”l, discussed this matter many years ago and gave the following explanation:

“Until the destruction of the Second Temple, nearly two thousand years ago, conversion was looked upon with favor by the Sages. In fact, proselytes were welcomed and were beloved by G-d (Midrash Rabbah Ruth 3, Mechilta Mishpatim 18, Tosefta Demai 2:10).

“Eleazar b. Pedat saw in Israel’s dispersion the divine purpose of winning proselytes (Pesachim 87b). Yitro urged Moshe Rabbenu not to shut the door in the face of the heathen (Pesikta Rabbah 35). He sent a missive to Moshe advising him to make the entry to Judaism easy for proselytes (Mechilta Yitro, Amalek 1). Ruth and Rahab are quoted as illustrating the same lesson (Midrash Shocher Tov, Psalms 5:2).”

My uncle continues, “The emperor Antoninus became a proselyte (J.T. Megilla, ch. 1; Avoda Zara 10b). The fact that Nero (Gittin 56a) and most of the ancient persecutors of Israel are presented as having finally embraced Judaism (Sanhedrin 96b), and the further fact that almost every great Biblical hero is regarded as an active propagator of the Jewish faith, that great teachers like Shemaya and Abtalion were proselytes, and that Rabbi Akiba and Rabbi Meir were the descendants of proselytes, go a long way to suggest that proselytes were not always looked upon with suspicion.

“However, after the destruction of the Second Temple, the bitterness engendered by the Hadrianic persecutions made many proselytes revert to their former status. This, in turn, prompted the Sages to make conversion as difficult as possible. Jews suffered considerably from the cowardice and treachery of converts who often denounced the Jews to the Romans.

“The Tanna R. Shimeon b. Yochai had to hide in a cave for 13 years because of slander that was reported to the Romans (Shabbos 33b). R. Helbo said, ‘Proselytes are as hard for Israel to endure as a sore’ (see Yevamot 47b; Kiddushin 70a).”

My uncle writes further: “When Christianity became the official religion of the Roman Empire, Jews were forbidden to proselytize and to circumcise their slaves. Severe penalties were invoked to enforce these laws. During the Middle Ages proselytes were rare and Jews gradually lost the urge to win new adherents. Some communities, fearing reprisals by the church, even adopted rules forbidding the acceptance of proselytes.

“Nevertheless, there were occasional bold spirits who dared the displeasure of the ruling powers and the hardships of Jewish life in order to accept the faith of Israel. References to them are scattered through the responsa in almost every country and century. One such person, a certain Obadiah of Norman origin, came to the Orient as a crusader with Godfrey of Bouillon. After his conversion to Judaism, he became a distinguished personage in Damascus, Aleppo and Alexandria. He wrote an autobiographical ‘scroll’ in excellent Hebrew, of which portions have been preserved. Among the French Tosafists, we read of Rabbi Abraham the Proselyte.”

Rabbi Klass adds, “The last great success of the Jewish missionary effort was the conversion of the ruling family of the Khazars and a large portion of their subjects, and thus, for several centuries there was a predominantly Jewish state in what is now southeast Russia.

“Particularly famous and beloved among more recent proselytes was the 18th-century Valentin Potocki, a scion of a well-known Polish noble family, who died at the stake as a martyr for Judaism. Since the rise of the Christian church, which at the outset made it one of its basic policies to convert Jews, even by force, the entire idea of proselytizing became abhorrent to the Rabbis.

“No barbarity seemed too cruel to be used as a means of enforcing the conversion of Jews. Henceforth, conversion fell into the category of Gentile customs which were shunned by us.”

“Thus,” my uncle concludes, “to this day we do not condone conversion unless the non-Jew makes a determined effort to want to join the Jewish faith. We are not permitted to influence him or aid him in any way. Only if he comes of his own free will – not motivated by marriage or fear – may we accept him.” 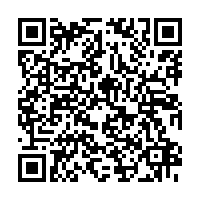