Answer: The Rema (Yoreh De’ah 376:4), citing multiple sources, writes: “It is the custom to recite Kaddish for one’s father for 12 months, and it is also customary to recite the Haftara and lead Ma’ariv at the conclusion of Shabbat as that is the time when the souls return to purgatory.

“When the son prays and publicly sanctifies the Holy Name, he redeems his parent from purgatory. And a person recites Kaddish for his mother even though his father is still alive, and the father has no recourse to restrain the son from doing so.

He then concludes: “On the [anniversary of the] day when one’s father or mother died, one should fast.” The Taz and Beit Lechem Yehudah (op cit.) also state that a person should recites Kaddish Yatom on the day of his parents’ yahrzeit.

Gesher HaChayyim (vol 1: ch. 30) finds the earliest source for the obligation to say Mourner’s Kaddish in Mesechet Soferim (19:11): “[On the Shabbat] after the completion of Mussaf, the chazzan goes behind the doors of the synagogue to seek out the mourners and all the relatives. He recites the blessing [of Nichum Aveilim] followed by Kaddish.”

Rabbi Yosef Caro in his expanded Bet Yosef commentary (to the Tur, Yoreh De’ah 376) similarly notes that one who has lost a parent recites Kaddish.

The essence of Kaddish is “sanctification,” which is what the word “Kaddish” means. The Gemara (Berachos 3a) states: “R. Yosi said…when Jews gather in their synagogues and study halls and respond [to Kaddish by saying], ‘Amen, yehei shmei hagadol m’vorach – May His exalted name be blessed in this world and ever after,’ G-d nods his head and exclaims, ‘Praised is the king who is praised in his house.’”

Tosafot (Berachos 3a; op. cit.) offer two explanations for why Kaddish is recited in Aramaic as opposed to Hebrew. First, Kaddish is meant to go directly to Hashem. We therefore say it in Aramaic, which the angels – who usually bring our tefillot to Hashem – don’t understand. Second, when the Sages instituted that Kaddish be said, the masses were not conversant in Hebrew, but were in Aramaic.

The Rema (infra, Yoreh De’ah, ad. loc.) discusses Kaddish at length. (We should bear in mind that during his time, only one mourner said Kaddish at any given time. This practice is still observed in German-Jewish communities.) Citing Bigdei Zahav, he writes:

“This Kaddish is reserved only for one who lost a father or mother, not for any other relative. Now, if there is no mourner for a parent present in shul, the Kaddish should be recited by one who has no father and/or mother for the benefit of all other Jewish departed. There are places where it is the practice that other relatives recite Kaddish for their relatives when there are no mourners for a father or mother present.”

Citing Maharik (shoresh 44), he continues: “There are yet other places where even if there is one who lost a parent present, those who lost another relative may recite Kaddish, but they should come to an agreement between themselves that they do not recite as many recitals as the mourner for a parent.”

On weekdays, a person who can pray and lead the services should do so; doing so is more effective than saying Mourner’s Kaddish, which was originally enacted only for minors. Those who have no proficiency in leading the entire service should try to lead from Lamenatze’ach and U’vah’ L’ziyyon.

We should note that if a person lacks the proficiency to lead the services, he will cause tircha d’tzibura (i.e., will be a burden to the congregation) and should say Kaddish but not lead the services. (The same arguably applies to someone who prays at a much slower pace than average.)

The Rema writes further: “It is the custom that a person should recite Kaddish or lead the prayers only for 11 months in order that he not designate his parent as being wicked because the judgment of the wicked is 12 months (Midrash Shmuel 31:21).”

If a son recites Kaddish for 12 months, it would appear to all that his parent is in need of extra protection due to some possible unforgivable sin. Therefore, a rule was enacted that everyone says Kaddish for 11 months. That way, no parent is accidentally disrespected. 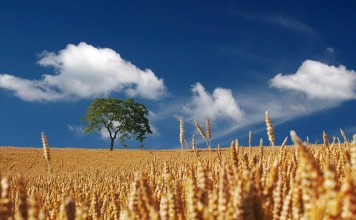 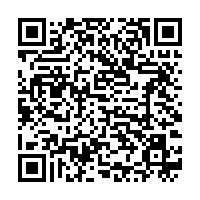