To whom does one give on Purim? Must one give to someone who, one suspects, may not really be poor? Is there a minimal amount one must give? Also, what about boys collecting for yeshivot or other institutions – may one discharge one’s obligation by giving to them?

The Mechaber (Orach Chayim 694:1, based on Megilla 7a) states: “Everyone is obligated to give minimally two matanot (gifts) to two poor people.”

The Aruch Hashulchan (ad loc. sk 1-8) states: “It is a mitzvat aseh to give matanot la’evyonim as it states (Esther 9:22): “u’mishloach manot ish l’rei’eihu u’matanot la’evyonim.” Since it says matanot la’evyonim (plural), it is an obligation to give on Purim day to no fewer than two poor people at least one gift each. These gifts may be in the form of money or cooked food, or foods [one may use that day].

He continues: “And one need not be exacting with the money [or foods] one distributes on Purim, to say this individual is proper [to give to] and this one is a schemer and thus there is no need to give to him. Rather, we give to anyone who extends his hand, and one should not look into him.

He notes: “It is far better for one to engage in giving matanot la’evyonim than to overly engage in one’s own seudah or sending out many mishlo’ach manot for there is no more splendid and greater joy than bringing joy to the hearts of the poor, orphans, widows. For one who gladdens the hearts of these unfortunates is compared to the Shechinah, as it states (Isaiah 57:15): “l’hachayot ruach shefalim, u’l’hachayot lev nidka’im – to revive the spirit of the lowly and to revive the heart of the despondent.” (Sometimes, we don’t realize the limitless possibilities we possess with just one heartfelt charitable gift to a poor soul. Imagine if we gave even more.)

According to the Aruch Hashulchan, one can give to either males or females, adults or children. But he writes, “In my view, if he gave to a husband and his wife, or a father and his son or daughter who are dependant on his support, he does not discharge the obligation of giving to two poor as these two people are considered one.”

He adds that the mitzvah of matanot la’evyonim is also incumbent on women. Even though women are generally absolved from time-bound mitzvot – mitzvot she’hazman garma – they must keep all the mitzvot of Purim since they too were miraculously saved. The Aruch Hashulchan also writes that a person may not give matanot la’evyonim using his ma’aser money (or money already designated for charity).

It is important, the Aruch Hashulchan writes, to give to klei kodesh – e.g., rabbis, chazzanim, and shamashim – who labor on behalf of the sanctified needs of the community on Purim since they rely on community support. But money given to them is considered d’mei Purim, not matanot la’evyonim. Matanot la’evyonim is only for the truly indigent. He strengthens this statement by citing the Tosefta (Megillah, ch. 1), which states that magvat Purim (the Purim charity collection) is exclusively for Purim.

The Biur Halacha (Orach Chayim 694, s.v “l’shnei aniyim”) cites the Magen Avraham in the name of Ba’al HaMa’or who rules that one should not give matanot la’evyonim before Purim lest the poor use up the funds or food before Purim. He cites the Machtzit Hashekel, however, who notes that giving to the poor before Purim is the custom of most Jews. Even if a person gives beforehand, though, he must give again on Purim as there are many poor who go collecting door to door.

Any leftover funds from Purim may be placed in the general charity fund according to the Mordechai; however, the Tur disagrees.

As to your last question, we must assume that the yeshivah boys are not collecting for poor people so one doesn’t fulfill one’s matanot la’evyonim obligation by giving to them. If they are collecting for the poor, though, and will dispense the money that day, one may obviously discharge one’s matanot la’evyonim by giving to them. 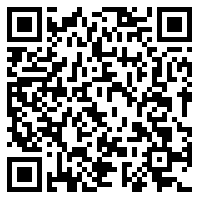