The committee for the selection of judges, headed by Justice Minister Ayelet Shaked, on Thursday picked Professor Alex Stein and Judge Ofer Grosskopf to serve as judges of the Supreme Court.

They will replace judges Yoram Danziger and Uri Shoham, who will soon reach the age of retirement.


“These are judges with unique excellence in their fields, who will contribute greatly to the Supreme Court,” Minister Shaked said in a statement.

Earlier on Thursday, the committee chose 27 judges for magistrate’s and district courts and labor courts, including the first ever Haredi woman to sit on the bench.

Professor Alex Stein, who will join the high court from his post as faculty member of Brooklyn Law School, after teaching at YU’s Benjamin N. Cardozo School of Law. His expertise is in the areas of Evidence, Torts, Medical Malpractice, and Criminal Law. He is a renowned conservative, who shuns judicial activism – an apt replacement for the retiring Justice Yoram Danziger, whose activism on occasion made him rule like the 121st Member of Knesset.

By replacing Danziger with Stein, the Justice Minister has gone a long way to achieve her goal of reversing the judicial revolution of former Supreme Court President Aharon Barak, known for usurping powers to which the court was not legally entitled.

Judge Ofer Grosskopf, who is also an economist, is considered an activist in the one area where judicial activism might be a positive force in society: consumer rights. He has consistently been critical of corporations, notably insurance companies, and protective of consumers. He is a believer in the government’s right to deal with Internet giants as it would any local business, because as they’re earning money in Israel, said money should be taxed in Israel. 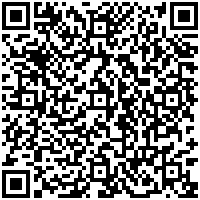