Question: Is there a requirement to say “Hineni muchan u’mezuman…” before Sefirat HaOmer? Also if a person arrives late for Maariv, should he count sefirah first with the minyan or proceed immediately to Maariv?

Answer: First let us view the source of the mitzvah of Sefirat Ha’omer. The Torah states in Parshat Emor (Leviticus 23:15), “U’sefartem lachem mi’mochorat haShabbat miyom havi’a-chem et omer ha’tenufa, sheva Shabbatot temimot tih’yena – You shall count from the morrow after the Sabbath, from the day when you bring the Omer of the wave offering, seven complete weeks shall there be.”

We derive several facts from this verse. One is that we start counting on the second day of Passover, as Rashi explains. Another is that we count at the beginning of this second day (i.e., at night) so that seven full weeks (temimot) elapse from the first counting until Shavuot. These weeks are not necessarily Sunday-Shabbos weeks (the second day of Passover isn’t always Sunday), but that’s not important. What’s important is that seven complete weeks pass.

We might now ask: What is the essence of the mitzvah of counting the Omer if the Omer-offering was only brought in Eretz Yisrael when the Beit Hamikdash was standing?

The Rambam (op. cit. 7:22) writes that the counting is a mitzvat asei, a positive Biblical precept based on Leviticus 23:15: “U’sefartem lachem mi’mochorat haShabbat… sheva Shabbatot temimot – You shall count from the morrow after the Sabbath…seven complete weeks shall there be.” One must count the days and the weeks: “tisperu chamishim yom – you shall count 50 days” (ibid. 23:16). The Rambam (infra 7:23) also writes: If a person forgot to count at night, he should count during the day. He should also count standing. However, if he counted while seated he has discharged his obligation.

The Rambam writes (infra 7:24), “This mitzvah [to count] is incumbent on all Jewish males in all places and for all times. Women and slaves are exempt.” He also gives the text of the blessing said prior to counting the Omer. However, he notes that someone who counted without a blessing has fulfilled his obligation and doesn’t need to count again. 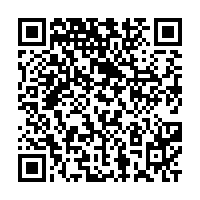