Synopsis: Last week we cited Israel’s sephardic chief rabbi, Rabbi Yitzchak Yosef, who maintains that when one is unable to be present at Keri’at haTorah, one need not make up the reading (by reading it from a Chumash, for example) since Keri’at haTorah is a communal obligation, not an individual one. Many rule likewise, but Rav Yosef also cites the Gaon Rav Chayim b. Yaakov Palaggi who states that there is a requirement “al pi sod” even for an individual to hear Keri’at haTorah, as noted in Tikkunim.

“It happened many times that our rebbe would travel from Boston [where he resided] to the yeshiva [in New York] on Mondays and he was unable to hear Keri’at haTorah in the morning beforehand. He would thus ask his students, after the conclusion of his shiurim, if perhaps anyone else did not hear Keri’at haTorah. He would then organize a minyan, and this was the procedure he would follow: Ashrei [of Mincha], then half Kaddish, then Keri’at haTorah, then, after returning the Sefer Torah to the aron, again half Kaddish, and then Shemoneh Esreh and the reader’s repetition. He would do all of this because he followed the stricter view of his grandfather HaGaon Rav Chayim Soloveitchik, zt”l, who maintained that Keri’at haTorah is an individual obligation.

Rabbi Schachter writes further: “And this was also the procedure followed by Rabbi Chayim Soloveitchik when he would travel by train for rabbinical conferences. He would gather a minyan – even in the afternoon – for the purpose of reading from the Torah (this can be found as well in the Siddur Tzlota D’Avraham in the name of Rav Chayim Soloveitchik).

In his notes, Rabbi Schachter relates the following: “Our rebbe [Rabbi Soloveitchik] once related that in his youth when he traveled from Pruzin to Brisk to visit his grandfather Rav Chayim, his other grandfather – the Gaon Rabbi Eliyahu Feinstein, zt”l – told him that he should place before [Rav Chayim] the [sefer] Milchamot [of the Ramban] to Tractate Megillah (sv ‘v’od amar rav…’) where we find clearly that Keri’at haTorah is a congregational obligation, not an individual one – which isn’t in accord with Rav Chayim’s view.” He then added: “But Rav Chayim explains the Ramban in such a different way that according to his explanation it doesn’t conflict with his view.”

Rabbi Soloveitchik related that his grandfather Rabbi Eliyahu then told him: “Your grandfather Rav Chayim with his ‘Brisker Ivre’ turned around the text of the Milchamot to come to a different meaning.”

A contemporary of Rabbi Soloveitchik, the Gaon Rabbi Yosef Eliyahu Henkin, zt”l, in his sefer Eydut L’Yisrael (published in the first volume of Kitvei HaGaon Rav Henkin, siman 67), seems to maintain that Keri’at HaTorah is a communal obligation. He writes:

“The sages’ enactment (Megillah 21a) was to call seven people to read from the Torah on Shabbos or three, four, five, or six people [respectively] on weekdays, Rosh Chodesh, Yom Tov, and Yom Kippur. Their enactment was that they read aloud in order that the assembled congregation hear the Torah reading. Along with that, they also assigned an order to those called to the Torah, Kohen, Levi and [Yisrael] etc. etc.

“However, later that too proved difficult and the custom changed; one individual [the ba’al keriah] was entrusted to read aloud while each of those called to the Torah read in an undertone. Some did not read at all, and that was permitted due to darkei shalom so that even an ignoramus be allowed to be called up. In truth, the enactment of the sages is not really upheld in this manner; rather it is the reading aloud of the one individual who serves as the ba’al keriah that satisfies the sages’ enactment.

“According to the strict sense of the law, one person should recite all seven blessings – Birkat Ha’Torah – before and after – instead of the seven called to the Torah. But because they did not want one person reciting that many berachot, they established the procedure of honoring seven different people by calling them up to the Torah and each one says the blessing and thereby discharges the reader’s obligation.”

Rabbi Henkin’s view thus comports with that of the Ramban.

We can also differentiate Rabbi Soloveitchik’s situation with that of an ill person, which is the subject of this entire query. Rabbi Soloveitchik found himself in a predicament; if he didn’t travel when he did, he would have to curtail his important activities on behalf of the klal in New York or Boston. He thus acted stringently following the practice of his grandfather who often found himself in a similar predicament. An ill person, though, who missed Keri’at haTorah is not at fault at all and thus there doesn’t seem to be any cause for strictness. 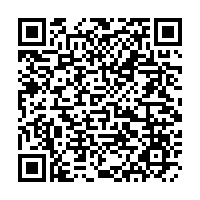