Question: How can one make one’s home kosher for Passover with minimal expense and effort.

Answer: We were asked this important question two years ago. We are reprinting our response below since it is a highly relevant topic:

Although there is a certain degree of effort one must expend in readying one’s home for Passover, one need not fall into a never-ending spring-cleaning quicksand. Remember, dust is not chametz.

The Mechaber (Orach Chayim 433:11) states that a person must search for chametz by candlelight (see Pesachim 2a) on the eve of the 14th of Nissan even if he cleaned his home on the eve of the 13th and was careful not to bring any chametz into his home afterwards. (Some authorities maintain that a person may search using an electric lamp or flashlight if he is worried about causing a fire.)

The Rema (Orach Chayim, ad loc.) adds that before the final search on the eve of the 14th, a person must clean his home thoroughly and also check the pockets and sleeves of garments in which he occasionally places chametz. (One should also check trouser cuffs.)

We should also note that young children may be tempted to hide their favorite food somewhere in a drawer after being told that it will be forbidden to them on Passover. It is crucial, therefore, to teach them the importance of ridding one’s home of all chametz.

Since we clean so thoroughly, there is usually no chametz to find on the night of bedikat chametz. We, therefore (as per the Rema, Orach Chayim 432:2), follow the age-old custom of putting pieces of chametz in various places throughout the house so that the blessing we utter on searching for chametz not be in vain.

The Mishnah Berurah (ad loc.) cites opinions critical of this practice, as some people may decide to rely on this search and not do an actual thorough search beforehand as they should. However, he notes that the Chavot Ya’ir (in Sha’ar Hatziyyun, credited to the Emek HaMelech) states that we should not void a minhag Yisrael.

The Mishnah Berurah agrees that there is indeed a problem of uttering a blessing in vain on the night of bedikat chametz and therefore cites the Arizal who maintained that one should place 10 pieces of chametz around the house, taking care to note where they are so as not to accidentally have them hiding in one’s home on Passover. These 10 pieces are then burned the following morning.

Preparing the kitchen properly is crucial if one is to have a truly kosher-for-Passover home. Cabinets must be thoroughly cleaned and lined with shelving material – paper or plastic. Countertops (formica) and sinks (porcelain) should be washed down thoroughly and covered. Exceptions to the above are granite countertops and stainless steel sinks, which can be cleansed via purging (see further).

The refrigerator should be cleaned and lined in much the same manner. Many gas or electric ranges and ovens are quite easy to kasher (make kosher). All one needs to do is turn on the self-clean cycle; however, the oven must be cleaned first and visually inspected for any chametz that might lie within. Ovens and ranges without this feature should be thoroughly scrubbed and then heated at the highest possible temperature for an hour.

The use of blowtorches presents many serious problems, and only one trained properly in their use should consider using them. Questions about specific appliances should be presented to a rabbi.

Chametz sold to a gentile (traditionally through a rabbi) must be removed from cabinets that will be used on Passover and stored in other, sealed cabinets. Only chametz is sold to a gentile, not actual utensils, dishes, pots and pans. Thus, it is best that all utensils be thoroughly cleaned prior to storing them.

Regarding the kashering of utensils one wishes to use on Passover: There are numerous English publications available at most Judaica stores that are quite helpful. The Orthodox Union publishes the very helpful OU Guide to Passover every year, and the fine work of Rabbi Avrohom Blumenkrantz, zt”l (updated annually by his children), Kovetz Hilchot Pesach – The Laws of Pesach: A Digest, is also popular. Of course, your greatest resource is your rabbi.

My uncle HaRav Sholom Klass, zt”l, discussed this matter in his Responsa of Modern Judaism, Vol. 1, based, for the most part, on the Mechaber (Orach Chayim 451-452), the Rema (ad loc.), and the Kitzur Shulchan Aruch (116). Rav Klass writes:

“(1) You can purchase disposable dishes and paper plates, which can solve many of your problems. The cost is nominal.

“(2) You can purge your utensils, which basically means, as we will explain further on, to cleanse them for Passover use by means of hagalah – scalding hot water. As we state further on, there are numerous means of cleansing or purging.

“Earthen vessels and chinaware cannot be purged and may not be used [since they are too absorbent, making it impossible to remove all the chametz from them].

“Wooden, metal and stone utensils may be used after having been purged by means of hagalah, but if it is an article that will be damaged by hot water, such as a vessel [with parts] glued together, even if only the handle is glued on, purging is of no avail.

“Before the vessel is purged, it should be thoroughly cleansed of rust and the like, and made perfectly clean, but stains do not matter. If the vessel is dented, it should be carefully scraped. If it is made of metal, hot coals should be placed upon the dents until they glow, and the vessel should be purged thereafter. If, however, it is impossible to thoroughly cleanse the dents and cracks, or to ‘glow’ them [i.e., libun, making them turn white from the heat], it cannot be made valid for use. Hence it is necessary to carefully observe whether purging will avail for knives with handles. It is best, if one can afford it, to buy new knives for Passover.

“Utensils into which water is not generally placed when used over the fire (such as frying pans and the like) require libun gamur – heavier [higher temperature] glowing. One should glow them to the extent of making them emit sparks. A wooden spoon cannot be made valid for use.

“Purging is done only in boiling water and nothing should be mixed therewith, not even ashes and the like. If one has purged many vessels in one boiler [i.e., a large pot], so that the water becomes turbid, no more purging should be done therein.

“One should not purge a vessel unless 24 hours have passed since leaven was cooked therein. Likewise, the boiler in which the purging is done should not have been used for leaven that same day [i.e., a full 24-hour period must have passed for the boiler as well]. Also, carefully observe each time you put a vessel in the boiler that the water comes up boiling hot. If it is necessary to purge the boiler, then it must be full when the water is boiling therein and hot stones should be thrown therein in order that the boiling water should overflow its edge. Purging should only be done until noon on Passover eve.

We must note that drinking and measuring vessels also need to be purged. As far as glass vessels are concerned: They need not be purged (even if they usually hold hot liquids) according to the Mechaber (Orach Chayim 451:26) because they do not absorb; merely rinsing therefore suffices. However, the Rema notes that some are stricter and opine that even purging by means of hagalah does not suffice for glass. He notes that Ashkenazic custom is in accord with these authorities.

(If a person finds it too difficult to purge on his own, he should make inquiries in his community. In many communities the rabbi or someone else in the synagogue purges items for people. One quick call will determine who and where.)

“(3) No Israelite is permitted to have leaven in his home on Passover, whether intentionally or unintentionally. Every moment he possesses the leaven he is transgressing the law of ‘[Chametz] shall not be seen and shall not be found.’

May I take this opportunity to wish you and yours a joyous and kosher Passover, and may this Passover bring with it the ultimate redemption. 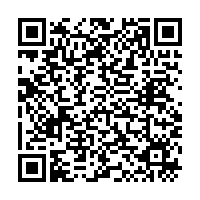