Question: At work, people sometimes argue that the Torah doesn’t regard women highly, only mentioning them in passing, almost begrudgingly at times. They cite, for example, the Torah’s treatment of Serach bat Asher and Yocheved bat Levi. I would appreciate very much if you could provide me with “ammunition” to refute them.

Answer: We shortened your original question in which you noted the prominent roles of the matriarchs, Sarah, Rebecca, Rachel, and Leah, as well as those of Miriam, Deborah, and Esther. These women certainly receive ample treatment in the Torah. But let us focus on Serach and Yocheved, who, indeed, are only mentioned briefly in the Torah.

Before we do so, though, we should note that King David praises virtuous woman with the words “Kol k’vuda bat melech pnima mimishbetzot zahav levusha – The grace of the daughter of a king is in private, better than garments of gold” (Psalms 45:14). (This translation is in line with the interpretations of Rashi and Ibn Ezra.)

We should also note that one’s Jewish bona fides are determined purely by matrilineal descent. One might ask why this is so. Our sages (Yevamot 23a) answer this question by citing the Torah (Deuteronomy 7:4), “He will cause your son to turn from Me…” Rashi (Yevamot ad. loc.) explains that this verse refers to the gentile husband of one’s daughter turning away one’s grandson from Hashem. The Torah calls this grandson (born from one’s intermarried daughter) “your son.” It does not, however, call the son of one’s intermarried son “your son” because only the former is Jewish.

Why is one’s Judaism determined by one’s mother? Because the mother is the akeret habayit – the main force in the household. It is the mother who runs the house and trains the children. A Jewish woman will instill Jewish values in her children whereas a gentile woman won’t.

Torat Moshe, the Divinely inspired word of G-d, doesn’t contain a single extra word. Thus, if someone is mentioned in Tanach, it is always for a reason. Let us discuss four “hidden” women in Tanach: Na’amah, Ma’acah, Serach, and Yocheved. The Torah records their names but tells us virtually nothing about them. Why, then, do they appear in the Torah? Let’s discuss them one by one.

The Torah (Genesis 4:22) states: “And Tzila also gave birth, to Tubal-Cain, who sharpened all cutting implements of copper and iron, and the sister of Tubal-Cain was Na’amah.” Rashi and Siftei Chachamim (ad. loc.), seeking to explain the passing mention of Na’amah, cite the Midrash, which states that she was the wife of Noah. The Siftei Chachamim adds that she and her brothers Jabal and Jubal were all righteous while her brother Tubal-Cain was wicked as evidenced by the Torah’s singling him out and the mention of his occupation, sharpening cutting implements of copper and iron – for war.

The Ramban compares this verse to others in the Torah, including Genesis 22:24: “And his concubine, whose name was Reumah, also bore children: Tebah, Gaham, Tahash, and Ma’acah.” The Sforno explains that Ma’acah (who in his view was not another son but a daughter) was singled out because she would have been Isaac’s wife had Rebecca refused to return with Eliezer. We thus see that Ma’acah was a righteous woman, fit to be Isaac’s wife.

(This explanation is in line with the halacha [Yoma 2a] that the Sages must prepare a “backup wife” for the kohen gadol before Yom Kippur in case his wife suddenly dies. This step was necessary to ensure that he would be able to fulfill the requirement of the Torah that he “atone for himself, and for his household, and for the entire congregation of Israel” [Leviticus 16:17]. “His household” refers to his wife.)

The Torah (Genesis 46:17) states: “And the sons of Asher were Imnah, Ishvah, Ishvi, Beriah, and their sister Serach; and Beriah’s sons, Heber and Malchiel.” Targum Yonatan (ad. loc.) writes that Serach entered heaven alive because she gave her grandfather Jacob the good tidings that Joseph was indeed alive.

His view comes from the Midrash (Pirkei d’Rabbi Eliezer Zuta 1), which states that Joseph’s brothers were afraid that if they told Jacob that Joseph was still alive, he would die from shock. Then they chanced upon Serach, Asher’s young daughter, who was musically inclined and played the harp. They asked her to deliver the news to Jacob, and she did so by playing the harp while singing the words, “Joseph is alive and, moreover, he is the ruler of all of Egypt.” Jacob understood the message and blessed her that she would never experience the “taste” of death.

Tradition has it that Serach was the one to whom the Israelite elders turned to verify whether the sign Moses gave them (“pakod pakad’ti etchem – I have surely remembered you”) was accurate. Moses also turned to her when the Jews left Egypt and he needed to know where Joseph was buried (Sotah 13a).

The last of the four women we mentioned, Yocheved, is first referred to in Exodus 2:1 as a “daughter of Levi.” Rashi identifies this “daughter of Levi” as Yocheved. She was truly unique in that she merited to be the wife of the gadol hador, Amram (Sotah 12a), and her three children, Moses, Aaron and Miriam (some add Eldad and Medad), became prophets.

Her heroism, and that of her daughter Miriam (both saved the Israelite male infants from death), earned her G-d’s blessings of the Houses of Priesthood, Levitehood and Royalty (Rashi, Exodus 1:21). All kohanim and levi’im come from her, as do the kings of the Davidic dynasty (through Chur, son of Miriam and Caleb).

Thus, these four women, although they are only mentioned briefly, are hardly inconsequential and are recognized by our sages for their righteousness. Righteous Jewish women are the ones who build true Jewish homes – a feat that many a righteous man alone would find quite difficult to accomplish.

As we approach Purim, let us pray that G-d send the ultimate salvation and redeem us speedily in our days. 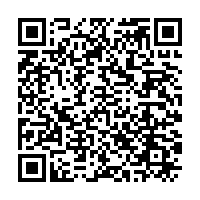