Answer: Last week, we discussed the period of Ikv’sa d’Meshicha (the “Footsteps of Messiah”), which precedes Moshiach’s arrival. The Talmud (Sotah 49b and Sanhedrin 97a) offers a detailed description of this period, which many suggest matches our own. We began quoting from that description last week. Here is more from the Talmud:

“Shavua she Ben David ba – The final seven-year cycle [of the last jubilee] when the son of King David will come: Shana rishona mitkayem mikrah zeh – In the first year, this verse [Amos 4:7] will be fulfilled: ‘V’himtarti al ir achat v’al ir achat lo amtir – I will cause it to rain upon one city and withhold rain from another city.’” (The Maharsha explains that we know that Amos’ rebuke concerns the first year of the last seven-year cycle via an oral tradition.)

“Shana shneiya – In the second year, chitzei ra’av mishtalchim – the arrows of hunger will be sent forth; shlishit – in the third year – ra’av gadol u’meitim anashim, nashim, ve’taf, chassidim, v’anshei ma’aseh v’Torah mishkachat mi’lomdeha – there will be a great famine in the course of which men, women, children, pious men and [saintly] people of great repute will die and Torah will be forgotten by its students.

“B’revi’is sova v’eino sova – In the fourth year, there will be plenty and lack of plenty; b’chamishit sova gadol v’ochlin v’shotin u’smeichin v’Torah chozeret l’lomdeha – in the fifth year, great plenty, when men will eat, drink, and rejoice, and the Torah will return to its students; b’shishit kolot – in the sixth year, heavenly sounds.”

Rashi explains that these sounds refer to the 31 sounds of the shofar that will herald the coming of Messiah ben David as per Isaiah 27:13: “V’haya ba’yom ha’hu yitaka ba’shofar gadol u’vau ha’ovdim b’eretz ashur v’hanidachim b’eretz Mitzrayim v’hishtachavu la’Shem b’har ha’kodesh bi’yrusholoyim – And it shall be on that day that a great shofar will be blown, and those who are lost in the land of Assyria and those cast away in the land of Egypt will come together, and they will prostrate themselves to Hashem on the holy mountain in Jerusalem.”

Obviously Assyria and Egypt in this verse represent all the lands of our exile. From every land we will be summoned to Jerusalem, Hashem’s holy city, the age-old city that is the focus of our hopes and prayers.

The Maharsha notes a difficulty with Rashi’s explanation since the Gemara (infra 97a) states clearly: “Whenever R. Zera chanced upon scholars engaged in calculating the time of Messiah’s arrival, he would say to them: ‘I beg of you, do not postpone it, for it has been taught: Three come unawares [b’hesach hada’at – lit. when one’s mind is diverted]: the Messiah, a found article, and a scorpion.'”

Therefore, the Maharsha explains that “sounds” is noise from heaven. In that year, when Hashem singles out each one of the nations for punishment, He will bring forth quaking noise and sounds as Isaiah 29:6 states: “Me’im Hashem tzva’kot tipaked b’ra’am u’v’ra’ash v’kol gadol sufa u’se’ada v’lahav eish ochlah – By Hashem, Master of Legions, will you be remembered, with thunder and with earthquake and loud sound, storm and tempest and a consuming flame of fire.”

It is obvious that what we have described are sounds and events that occur with some regularity even in our times; therefore, we take them for granted, which would leave us unaware if they were to portend a messianic message.

The Gemara continues: “Shevi’it Milchamot – In the seventh year there will be wars; b’motza’ei shevi’it ben David ba – and at the conclusion of the seventh year [the eighth year according to the Maharsha] the son of David will come.”

R. Joseph demurred: “But so many seven-year cycles have passed and still [the Messiah] has not come!”

Abaye retorted: “Were there then Heavenly sounds in the sixth and wars in the seventh? Moreover, have [the troubles] necessarily been in [the above] order?”

Rashi writes that all these occurrences are sufficient cause for the arrival of the Messiah even if they do not unfold in sequential order. Just 70 years ago, we endured the worst of catastrophes, the Holocaust, during which every type of brutality was visited upon our people. And since then, the world has seen wars both big and small, which continue even as we write. Even when peace reigns, the fear of a great nuclear war, Heaven forbid, fills our minds. We truly are living in a historic period. 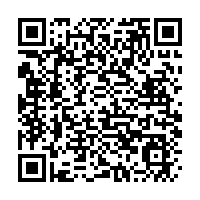